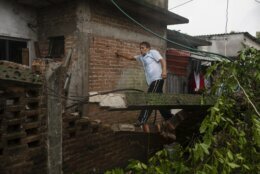 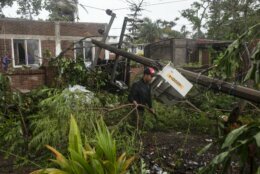 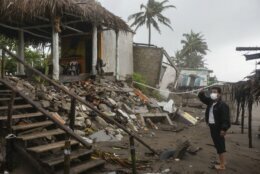 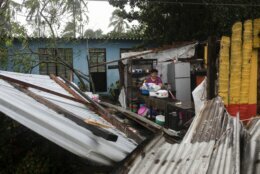 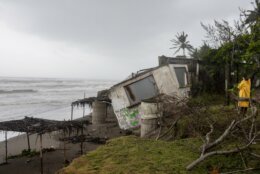 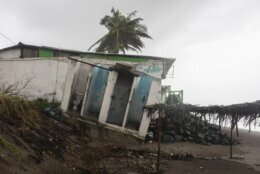 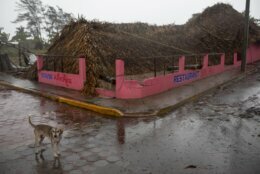 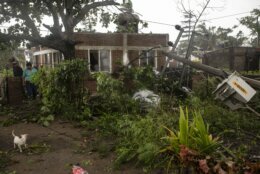 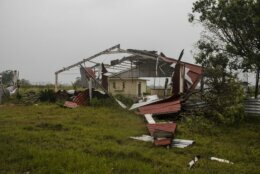 The storm had lost power while crossing over the Yucatan Peninsula on Thursday, swirling through Mexico’s main tourist strip, but it rapidly drew strength from the relatively warm Gulf of Mexico before reaching the Mexican coast again late Friday.

At least eight people, including children, died and three were missing after mudslides and flooding, said Cuitláhuac García, governor of Mexico’s Veracruz state. García said 330,000 people lost power in the storm but it was gradually being restored.

The U.S. National Hurricane Center said Grace quickly weakened to a tropical storm as it churned over mountainous areas in central Mexico east of Mexico City and then dissipated at midafternoon.

The storm caused rivers to overflow and landslides in places and some evacuations were needed, Veracruz authorities said.

In the coastal town of Tecolutla, Esteban Dominguez examined the wreckage of his home. He said the family home had withstood a previous hurricane, but this time the walls couldn’t stand up to the battering.

“The night was shocking, very shocking, and worrying because it went so beyond normal,” Dominguez said.

Hours before nearing shore on Friday, Grace caused strong winds, high waves and rain in the Veracruz communities of Tuxpan, Poza Rica, Xalapa and Veracruz city as well as in coastal towns in the states of Tabasco and Tamaulipas, Mexico’s meteorological agency said.

Fishermen pulled their boats out of the water and carried them inside harbors to prevent damage as the storm’s leading edge whipped at the coast. Merchants boarded up the windows of their businesses to protect them.