TEGUCIGALPA, Honduras (AP) — A Honduran man was convicted of homicide Monday in the 2016 killing of Berta Cáceres, a prize-winning environmental and Indigenous rights defender.

After a three-month trial, the court unanimously found Roberto David Castillo Mejía guilty of participating in the killing of Cáceres, a member of the Lenca Indigenous group who led opposition to a dam project in which Castillo Mejía was involved.

The court will convene on Aug. 2 to determine a sentence, which could be between 24 and 30 years. Castillo Mejía, who prosecutors say masterminded the killing, will remain jailed at an army base until sentencing.

At the time, prosecutors said the killers acted on behalf of a company, Desa, that was building a dam being opposed by the activist. Castillo Mejía, who heads the project, was arrested in 2018. 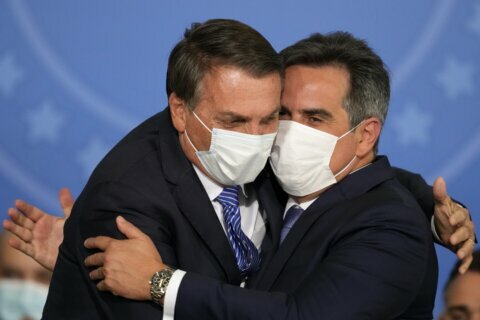