Haitian President Jovenel Moïse, a former banana producer and political neophyte who ruled Haiti for more than four years as the country grew increasingly unstable under his watch, was killed on Wednesday. He was 53.
Listen now to WTOP News WTOP.com | Alexa | Google Home | WTOP App | 103.5 FM

PORT-AU-PRINCE, Haiti (AP) — Haitian President Jovenel Moïse, a former banana producer and political neophyte who ruled Haiti for more than four years as the country grew increasingly unstable under his watch, was killed on Wednesday. He was 53.

Moïse was assassinated at his private home during “a highly coordinated attack by a highly trained and heavily armed group,” interim Prime Minister Claude Joseph said. His wife, Martine, was injured in the attack and remained hospitalized.

“Haiti has lost a true statesman,” Joseph said. “We will ensure that those responsible for this heinous act are swiftly brought to justice.”

A businessman from northern Haiti, Moïse had no political experience before being hand-picked by former President Michel Martelly as the ruling Tet Kale party’s candidate in 2015 elections.

The soft-spoken Moise seemed like an unlikely politician, especially when compared to the showy and bombastic Martelly, a musician and entertainer. While not poor, he was also far from elite. His father was a small-time farmer and businessman. His mother helped sell their crops and worked as a seamstress.

“I come from the countryside; I’m not from Port-au-Prince,” he noted pointedly while on a visit to South Florida to meet the Haitian diaspora at the start of his presidential bid.

Campaigning under the nickname “Neg Bannan Nan” — “Banana Man” in Haitian Creole — he promoted achievements that included launching a banana-exporting joint venture with help from a $6 million loan approved by Martelly’s administration.

Moise won the 2015 presidential vote, but the results were thrown out following allegations of fraud, leading to a period of political limbo, including the appointment of an interim president. Moise later won the November 2016 elections, although voter turnout was only 21%.

He took office in February 2017, pledging to strengthen institutions, fight corruption and bring more investments and jobs to the Western hemisphere’s poorest nation.

“It’s really important to change the lifestyle of these people,” he said of the many impoverished Haitians in rural areas.

He spoke often about wanting to improve the lot of Haiti’s many small and subsistence farmers by increasing their access to water for irrigation and other infrastructure.

“We have a lot of empty land, rivers that go straight to the sea. We have sun, and the people,” he said at one point. “If you put these four items together — the land, the rivers, the people and the sun — you will have a rich country. This is why I am in politics.”

But his administration was soon plagued by massive protests, and critics accused him of growing increasingly authoritarian.

At the time of his assassination, Moïse had been ruling by decree for more than a year after Parliament was dissolved and lawmakers failed to organize legislative elections. He was widely criticized for approving decrees, including one that limited the powers of a court that audits government contracts and another that created an intelligence agency that answers only to the president.

Political and economic instability had deepened in recent months, with widespread protests paralyzing the country of more than 11 million people. Gangs in the capital of Port-au-Prince grew more powerful, with more than 14,700 people driven from their homes last month alone as gangs set fire to homes and ransacked them.

In addition, 15 people were killed during a June 29 shooting rampage in the capital, including a journalist and well-known political activist. Officials blamed a group of rogue police officers but have not provided any evidence.

Moïse is survived by his wife and three children. 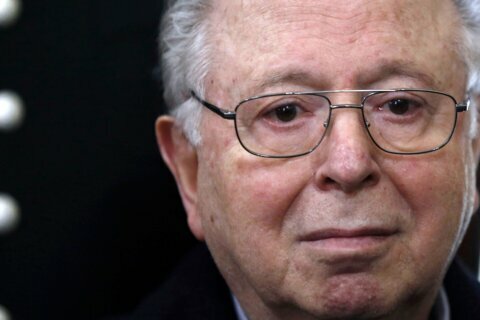