BRASILIA, Brazil (AP) — A fierce cold snap prompted snowfall in southern Brazil, with snow accumulating on streets of cities where the wintry phenomenon is rarely seen.

At least 43 cities registered either snow or freezing rain late Wednesday, according to information from Climatempo, a weather service.

Local television footage showed Brazilians building a snowman in a plaza and having a snowball fight in Bom Jesus, a city in Rio Grande do Sul state. In Sao Joaquim in Santa Catarina state, trees were weighing heavy with frost and icicles.

Snow is uncommon in Brazil, even in its southern region during the Southern Hemisphere’s winter. Brazil’s last blizzard was in 1957, when 1.3 meters (4.3 feet) of snow was recorded in a city in Santa Catarina state.

Temperatures are expected to keep dropping, with more snow possible.

The Brazilian government’s meteorological institute says low temperatures should endure until the start of August. There may be frost in Mato Grosso do Sul, Sao Paulo, Minas Gerais and Goias states by Friday. 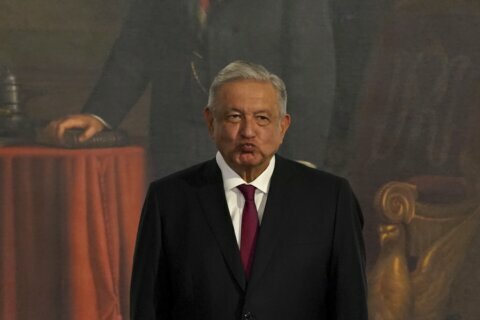