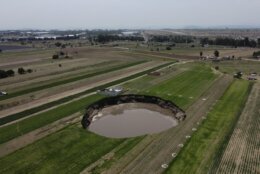 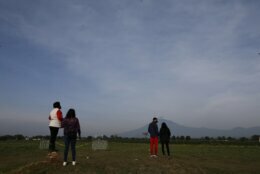 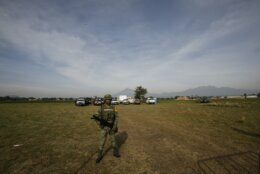 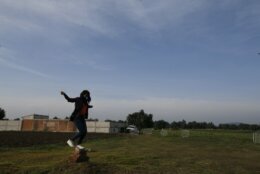 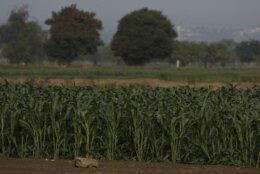 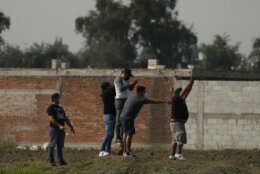 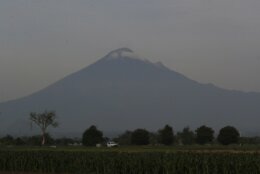 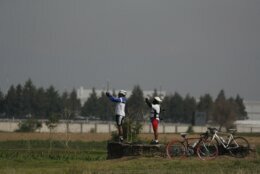 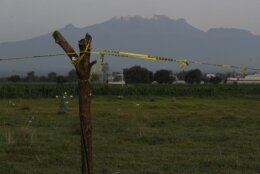 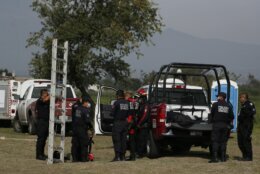 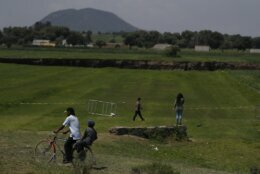 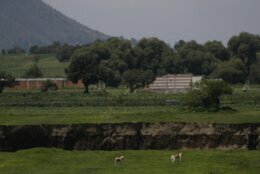 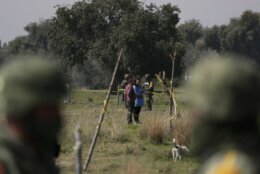 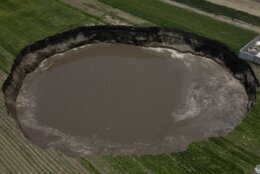 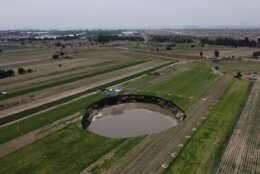 MEXICO CITY (AP) — A large sinkhole that appeared in late May at a farm in central Mexico has grown larger than a football field, begun swallowing a house and trapped two dogs in its depths.

The government of the central state of Puebla said late Thursday it had managed to pull the two dogs out of the sinkhole, after emotional requests from animal lovers to rescue them. They had been trapped for about four days on a ledge on the sheer sides of the hole dropping 50 feet (15 meters) to water.

Because the loose soil at the edges keeps collapsing into the water at the bottom of the pit, for days it was considered too dangerous to try to rescue the animals.

But on Thursday a firefighter descended into the pit, in part by using a ladder to steady the soil on the edge. His colleagues were seen standing farther back using ropes and a pulley system to haul up cages carrying the two dogs.

The state government distributed photos of the dogs, named Spay and Spike, looking alert and in the care of veterinarians.

The dogs were apparently playing in the farm field surrounding the sinkhole when they fell in.

The sinkhole is now over 400 feet (125 meters) across in some places, and may be 150 deep (45 meters) at its deepest point. It is hard to tell, because water fills the crater.

“It’s a very hard time for us. It hurts, because this is all that we have,” said Magdalena Xalamigua Xopillacle, whose brick and cinderblock house was slowly collapsing into the sinkhole. “At times we feel sick from so much sadness.”

Some residents believe the sinkhole is the result of excessive ground water extraction by factories or a water bottling plant in the area. But the bottom of the hole is filled with water that appears to have strong currents, and the national civil defense office said experts think it was caused by something like an underground river.

“It is highly probable that the origin is associated with the presence of subterranean water flows,” the office said.

Puebla Gov. Miguel Barbosa said experts are studying both possibilities, and if water extraction is the culprit, he would cancel any permits.

Citing a risk of further ground fractures, the office warned people to stay away from the site in the town of Zacatepec in Puebla state, east of Mexico City.

“This is not a tourist attraction, or a place to visit with your family,” the office said Wednesday.

Authorities have set up metal barriers and police tape to keep onlookers out, and has restricted flying drones over it.