The Human Rights Watch report said the operation began March 21 in the rural state of Apure, where it said Venezuelan authorities previously had tolerated the presence of armed Colombians.

The report said accounts on what prompted the clashes vary, but community leaders as well as human rights and aid groups told the organization that an armed band with close ties to the Venezuelan government is trying to oust a rival guerrilla group to consolidate control over drug trafficking.

“The egregious abuses against Apure residents are not isolated incidents by rogue agents, but consistent with the Venezuelan security forces’ systematic practices,” José Miguel Vivanco, Americas director for Human Rights Watch said in a statement. “International inquiries are essential into the mounting evidence against security force members who have committed abuses, and against commanders and top-level officials who knew or should have known what was happening during these operations.”

The operation in Apure has prompted roughly 6,000 people to flee, mostly to Arauquita, a town in Colombia where shelters are now overcrowded. Not all have access to aid.

A day after the clashes began, Venezuela’s defense minister, Gen. Vladimir Padrino López, said the operation had resulted in the arrests of more than 30 people, the destruction of six rebel camps and the seizure of weapons, but he did not name the Colombian armed group involved. After reports of abuses surfaced, Venezuelan Attorney General Tarek Saab announced two efforts to investigate the situation.

Hours after the report was released, Venezuelan authorities in a statement said several soldiers had been killed in clashes with the Colombian armed groups. They did not give a specific number.

Padrino López in a statement said “bloody combat has been taking place with Colombian irregular armed groups” in the last 72 hours. The statement said that “a significant number of casualties” were recorded in the irregular groups and “several subjects who are providing valuable information for future actions were captured.”

Padrino López added that “some of our troops whose bodies are being identified also died” and others were injured. It is unknown whether the incidents were part of a military operation or if the Venezuelan security forces were ambushed in the vicinity of the border town of La Victoria in Apure state, some 770 kilometers southwest of the capital, Caracas.

Authorities earlier had reported the deaths of eight members of the military through April 5.

Human Rights Watch in the report said several armed groups operate in the border communities, including the Martín Villa 10th Front and the Second Marquetalia, both of which formed after the 2016 demobilization of the Revolutionary Armed Forces of Colombia, known by its Spanish acronym FARC.

A peace deal between the Colombian government and the FARC in 2016 ended five decades of war. But the group has suffered deep divisions, with some of its members joining mainstream leftist movements and others giving up on the peace process and returning to arms.

The Second Marquetalia is close to the socialist administration of Venezuelan President Nicolás Maduro, Human Rights Watch said. Its report said that group is seeking to push out the 10th Front, which it said is the target of the Venezuelan operation.

Among the cases of abuse detailed in the report are the killings on March 25 of four members of a family. Their bodies with bullet wounds, cuts and other injuries were found about a mile from their home. The report said forensic experts determined weapons might been planted close to their hands.

Emir Remolina, the son of two of the people killed, told Human Rights Watch that he had seen his parents alive that morning, but when he returned to their home in the afternoon, he found it had been ransacked and his parents were missing. Neighbors told him security forces had loaded them onto an armored tank.

“After several hours, Emir saw messages and photos circulating in WhatsApp groups reporting that (the Special Action Force of the Bolivarian National Police) had killed a family on a farm near the rural area of El Ripial, about a mile from Emir’s parents’ home,” the report said. “The images, which Human Rights Watch reviewed, showed the bodies on the ground, face up, with weapons by their hands. Emir recognized them as his parents, brother, and uncle.”

Colombia and Venezuela share about 1,370 miles (2,200 kilometers) of border but have not had diplomatic relations since February 2019 following Maduro’s decision to expel Colombian diplomats. Colombian President Iván Duque does not recognize Maduro as Venezuela’s legitimate president and instead supports opposition leader Juan Guaidó.

Padrino López on Monday said the irregular groups are “connected with drug trafficking” and that it is supposedly part of a strategy by the U.S. and Colombia governments to “act against Venezuela.” 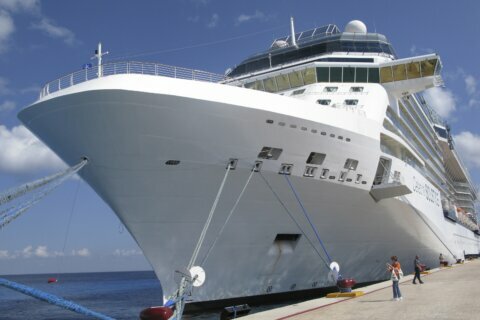 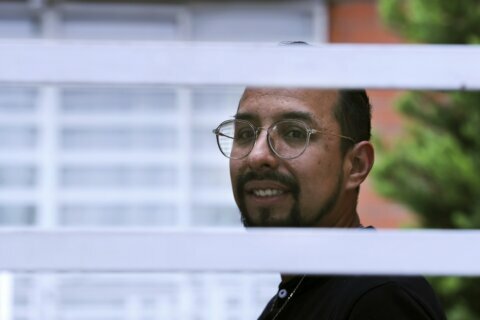 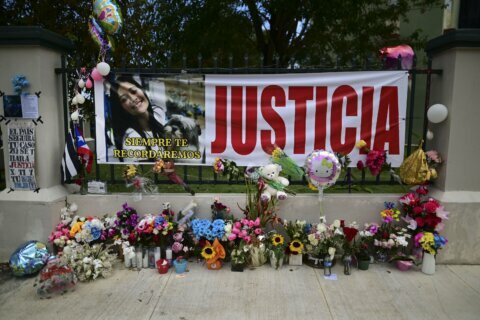