MEXICO CITY (AP) — Mexico faced its biggest challenge yet Friday to labor-freedom reforms under the U.S.-Mexico-Canada trade agreement after an old-guard union was caught apparently destroying negative ballots at a General Motors plant in northern Mexico.

Labor Secretary Luisa Maria Alcalde said the vote tampering at the pickup truck and transmission factories in the northern city of Silao were a sign that some union leaders “haven’t gotten the message” that they can no longer operate behind the backs of workers.

“There is resistance; some people haven’t gotten the message. They don’t understand that the rights of workers are going to be respected and they are the ones who are going to decide,” Alcalde said.

Previously, such votes had been held by show of hands, or not at all. Workers at many factories in Mexico were unaware they even had a union until they saw dues deducted from their paychecks.

Alcalde acknowledged that in the past there was an “enormous presence of protection contracts,” in which corrupt Mexican unions signed low-wage contracts behind workers’ backs, often before plants were even opened.

But what happened Wednesday night on the third day of voting by the 6,494 employees at the Silao GM plants appeared to show that some unions, like the old-guard Confederation of Mexican Workers, or CTM, are still trying to rely on old tactics.

Workers at the plant had been asked to vote yes or no on whether to recognize the union that has long controlled the plant’s labor contract. That union is part of the CTM, which actually formed part of the the party that ruled Mexico for most of the past century.

The Labor Department said that inspectors “discovered that at the offices where the union itself had the ballot boxes, ballots that were part of the vote had been destroyed, making it impossible to continue with the vote.”

Israel Cervantes, who helps lead the Generating Movement campaign to get a new union, and who was dismissed from the plant two years ago, said CTM union officials had broken open ballot boxes, destroyed “no” votes and replaced them with ballots marked “yes.”

Fernando Salgado, the CTM assistant general secretary, did not respond directly to the accusations but said Friday, “We have had two fundamental values: equality and the respect we must show for freedom in union organizing.”

Cervantes said that before the vote, GM had threatened workers that they would lose their benefits if they voted “no,” which would eject the old union.

In a statement, GM said “General Motors de México regrets the situation and reiterates its willingness to cooperate” in the vote process. “At the same, GM repeats its commitment to the efforts and mechanisms that allow workers the right to vote individually, directly and by secret ballot.”

Cervantes said, What is really lacking are fines for the company and the union for this situation.”

Alcalde did not say when the vote would be repeated, though it was obvious that putting ballot boxes in the custody of the union that could be voted out could threaten the validity of any future vote.

The process of voting to accept or reject existing unions started in 2019 and ends in 2023, and will have to be repeated at every unionized factory and workplace in Mexico.

If Mexico doesn’t comply with the new rules, under the USMCA it has agreed to dispute-resolution panels to ensure workers can organize and demand better wages.

When the old North American Free Trade Agreement was approved in 1994, leaders promised it would boost Mexico’s wages, something that never happened, in part because of unrepresentative unions. Average Mexican industrial wages remain about one-tenth of prevailing U.S. rates.

The USMCA sought to stem the flood of manufacturing jobs moving south, requiring that 40-45 percent of auto content be made by workers earning at least $16 per hour. 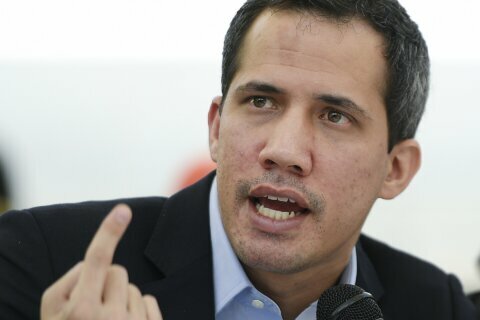