GUATEMALA CITY (AP) — Guatemala’s president chose his chief of staff and one of his closest advisers to fill a seat on the country’s highest court Wednesday, raising questions about the government’s commitment to combating corruption.

President Alejandro Giammattei selected Leyla Lemus Arriaga for a five-year term on the Constitutional Court among three options he accepted from at least 15 presented by his cabinet.

Lemus, 47, is a lawyer and has a doctorate in law, but is considered Giammattei’s right hand. She has been criticized for alleged influence peddling and favoring people close to the president in state business. Guatemalan prosecutors declined to investigate after Lemus refused to produce information requested by the Special Prosecutor Against Impunity.

In a televised meeting of less than an hour, there was no discussion of Lemus’ qualifications. Vice President Guillermo Castillo called for an open discussion, which was denied by Giammattei. The vice president suggested bringing in the candidates to hear about their qualifications and suggested seven of his own. He opposed Lemus’ selection due to the lack of discussion.

Activist Carmen Rosa de León said Lemus’ selection reflects the systematic co-optation of the state since former President Jimmy Morales and which is now being perfected by Giammattei.

“What they’re looking for are political operators and impunity, and not magistrates,” de León said.

Opposition lawmaker Roman Castellanos said via Twitter that “the regime of corruption and impunity over which Giammattei now presides is consolidating, placing magistrates that guarantee protection while stealing public resources from a people immersed in precariousness and misery.”

Giammattei chose Juan José Samayora Villatoro, a lawyer and worker in human resources for the Foreign Relations Ministry, as the alternate.

Selecting the new members of the Constitutional Court has roiled Guatemalan politics since last year.

The court decides almost all of the most contentious political, judicial and criminal issues that arise in Guatemala and the outgoing court was seen as an important bulwark against some of the most ill-intentioned legal maneuvers. The members will hold their seats for five years and the selection process has been filled with accusations of collusion and corruption.

The stakes are so high because the next court will likely decide the fate of politicians accused of corruption like former President Otto Pérez Molina, military officers convicted of crimes against humanity and the potential candidacy of Zury Ríos Sosa, daughter of ex-dictator Efraín Ríos Montt.

The court is made up of five magistrates and five alternates. The congress picked a magistrate and alternate last week, as well as Guatemala’s bar association and public university council. The president and Supreme Court picked the remaining members Wednesday.

Guatemala’s Supreme Court named Roberto Molina Barreto to the Constitutional Court. Barreto has been filling in on the court for Neftalí Aldana who has been off the bench due to illness. Barreto was the vice presidential candidate with Zury Ríos Sosa, who was prohibited from participating in presidential elections.

Activists, lawyers and other observers have widely criticized the process already for attempts to manipulate the results, influence peddling and other alleged crimes. 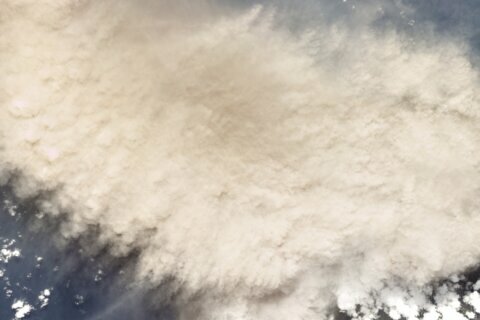