MEXICO CITY (AP) — Mexico’s federal Attorney General’s Office on Tuesday asked Congress to remove legal immunity from the governor of the border state of Tamaulipas so he could face potential charges of organized crime and other offenses.

The petition submitted to Congress against Gov. Francisco Cabeza de Vaca is supposed to be ratified by prosecutors on Thursday.

Removal of immunity would be the first step in a long process involving both investigation by lawmakers and by prosecutors.

Cabeza de Vaca, from the opposition National Action Party, sent a tweet insisting he was innocent and complaining of a political attack.

He has governed the Gulf state south of Texas since 2016. Organized crime groups have long had deep roots in the state and numerous politicians have been implicated in dealings with them.

On his official Twitter account, Cabeza de Vaca accused the National Renovation Movement of President Andrés Manuel López Obrador of leaking “a supposed allegation” as part of a political attack.

“I will wait to be notified to have details and set my position. I have never violated the law,” he said. “I will defend myself against any abuse.”

Cabeza de Vaca, who hails from the border city of Reynosa, was previously a senator and congressman. 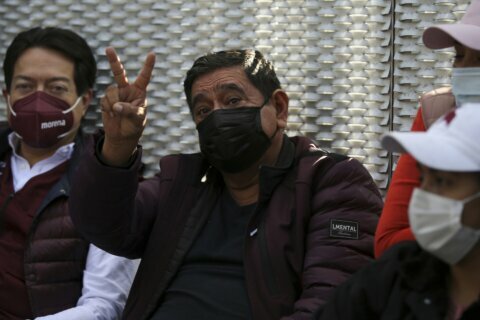