MEXICO CITY (AP) — The arrest of a former Mexican governor on charges he ordered the torture of a journalist gave hope to activists who believe the case could reveal the ties between powerful businessmen, politicians and organized crime and strike a blow against Mexico’s notorious impunity.

Mario Marín, who governed the central state of Puebla from 2005 to 2011 for the Institutional Revolutionary Party, was arrested Wednesday in Acapulco and transported to a jail in Cancun. He is charged with human rights violations in relation to the illegal arrest and torture of journalist Lydia Cacho who in her 2005 book had detailed the role of other powerful men in a pedophilia ring that preyed on young girls.

The press freedom organization Artículo 19, which is representing Cacho, said Marín could face up to 12 years in prison for the charge of torture if convicted.

In a court appearance Thursday, Marín, 66, requested to wait out the process under house arrest, citing problems with his kidneys and fear of catching COVID-19 in jail. The judge denied the request, Artículo 19 said via Twitter.

According to Artículo 19 lawyer Leopoldo Maldonado, there is sufficient evidence against Marín, including recorded telephone conversations. He said the fact that the judge denied his request for house arrest was a good initial sign.

Marín’s trial could be a “watershed” that “cracks open the impunity pact that has prevailed in Mexico for decades,” Maldonado said.

Cacho’s “The Demons of Eden” detailed the exploitation of girls and accused powerful textile magnate José Kamel Nacid of buying girls for $3,000. Nacif sued Cacho for defamation and asked his friend Marín to have her arrested.

Cacho recalled Thursday in an interview with W Radio that Marín gave the order for her to be tortured so that she would recant everything she had published. In December 2005, Marín sent police to arrest Cacho in Cancun and drive her to Puebla. During that 20-hour drive she was tortured.

“He is the first governor arrested for acts of torture against journalists and linked, furthermore, with a ring of trafficking girls and boys,” Cacho said.

Interior Secretary Olga Sánchez Cordero recognized Thursday that when she was a Supreme Court justice there were “violations” of Cacho’s rights and she spoke of “psychological torture” that endured. She added that the presumption of innocence against Marín must be maintained to ensure a fair trial.

Evidence gathered by Cacho contributed to the 2004 arrest of businessman Jean Succar Kuri in the United States. He is serving a sentence for child pornography in the same Cancun jail where Marín is being held.

“The accomplices reunite again, but now in very different conditions,” Cacho wrote via Twitter Thursday. “There’s no more luxury parties, nor girls turned victims at the hands of the pederasts. There is no toast nor celebration. Journalism is the way toward justice.”

Cacho was subject to threats for years and currently is living outside the country because she fears for her safety. She took her case to international bodies when the Mexican justice system failed to act.

In 2018, the United Nations Human Rights Committee recognized the violation of Cacho’s human rights. In January 2019, the current Mexican administration publicly apologized to Cacho for her arbitrary arrest. At the time, Cacho said, “we want all and each one of the masterminds on trial.”

For years, Marín moved freely in public despite Cacho’s allegations. Finally in 2019, a judge in Quintana Roo state issued a warrant for his arrest.

“Lydia is very excited, but conscious that the risk increases,” Maldonado said Thursday.

A police officer convicted of torturing Cacho was sentenced and served a prison term. But there are three more police jailed awaiting sentences and four more people who are fugitives, Maldonado said.

Among the fugitives is Nacif, who the Mexican Attorney General’s Office located in Lebanon. Another is the former chief of Puebla’s judicial police.

Jan-Albert Hoosen, Mexico representative of the Committee to Protect Journalists, celebrated Marín’s capture, but cautioned that this “piece of justice pending for years is just a step because other suspects await arrest.”

Cacho said experts had warned her the chances of retaliation could increase with Marín’s arrest, but she said Thursday she would consider her quest for justice.

“Things will change if we persist,” she said. 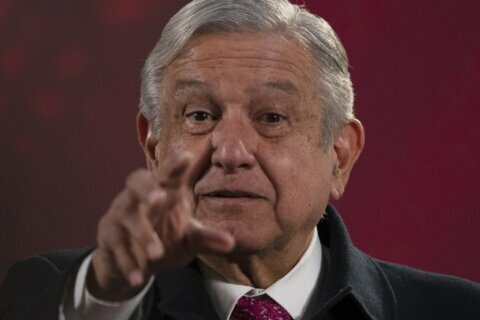 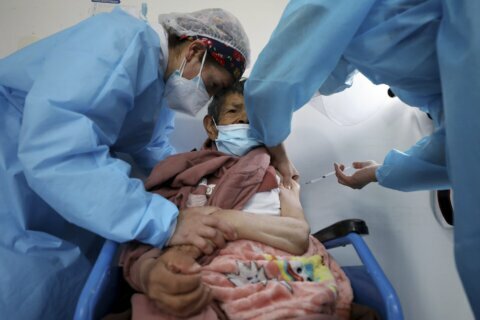