Maduro lodges new allegation of US spying on Venezuela firm

CARACAS, Venezuerla (AP) — Venezuela’s president said Wednesday he is open to dialogue with the new U.S. administration on calming tensions between the two governments and easing his nation’s economic crisis, even while doubling down with fresh accusations that six American oil executives jailed in Caracas spied for the CIA, a claim rejected by relatives and a defense lawyer in the case.

Nicolás Maduro, who spoke at a news conference with international reporters at the Miraflores presidential palace, refused to say whether he has had any direct contacts with the Biden administration, which took office nearly a month ago.

Maduro repeated a phrase he commonly uses, saying he is ready for a dialogue with the U.S. at any moment. The two nations broke ties two years ago when the Trump administration and dozens of other governments backed Maduro’s leading adversary, Juan Guaidó, arguing that Maduro’s presidency was illegitimate because his reelection was fraudulent.

The Trump administration heavily sanctioned Maduro and the Venezuelan oil sector as well as brought an indictment levying narcotrafficking charges against Maduro that carry a $15 million reward for his arrest.

Maduro is leading a campaign to resurrect his once-wealthy oil nation’s decimated economy after more than two decades of socialist rule. Maduro seeks relief from sanctions, blaming them for Venezuela’s problems.

“Is there room for dialogue?” Maduro said in response to a question from The Associated Press on whether he has started conversation with of U.S. President Joe Biden’s administration. “There’s always room for dialogue.”

But the new accusations of spying against Citgo, a U.S.-based subsidiary of Venezuela’s state oil company, will likely complicate efforts to win sympathy in Washington, where officials in Biden’s State Department have already branded him a “dictator” who should not be engaged with in direct talks.

While Venezuela’s economic and political crisis deepened, the six Citgo executives were lured back to Caracas from the firm’s headquarters in Houston and jailed on financial charges. Their trial ended in November, with a judge finding them all guilty and sentencing them to prison.

Maduro’s allegation of spying came in response to a question from AP on whether he could consider releasing U.S. citizens jailed in the U.S., including the so-called Citgo 6, as a goodwill gesture to the new U.S. administration.

He said that while diplomatic efforts are always available, he wouldn’t get involved with criminal cases that had been tried in a Venezuelan court.

“I’m not a judge or prosecutor, and I shouldn’t get involved in this subject,” Maduro said, but he then accused the CIA of infiltrating Citgo. “They started to work as agents of the Central Intelligence Agency. … This is the truth.”

Maduro did not offer proof of his claim, which drew immediate pushback from Venezuelan attorney Jesus Loreto, who represented one of the six Citgo executives.

Loreto told AP that Venezuelan state officials presented no allegations of spying at trial of the six men.

“They were never tried for any spying related offenses. They were not convicted on any charge in any way related to spying,” Loreto said. “That’s the very first time I heard about spying, regarding my client.”

The U.S-based family of Tomeu Vadell, one of the six jailed men, also rejected Maduro’s claims that he spied on his native Venezuela.

The family urged U.S. leaders to do all they can to help bring an end to Vadell’s imprisonment so he can return home to them.

“We ask the Biden administration to expedite the release of our loved one, Tomeu, and other Americans unjustly held in Venezuela,” said one of Vadell’s daughters, Veronica Vadell Weggeman. 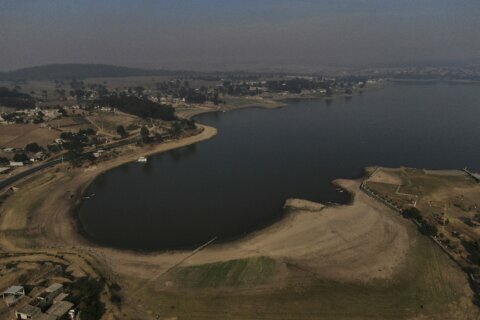 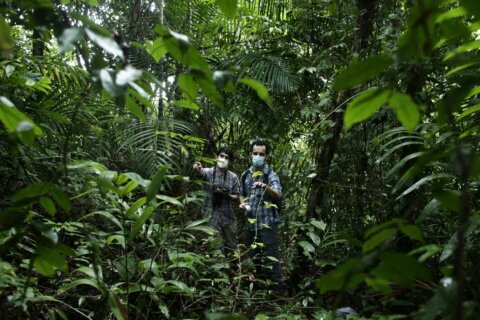