SAN SALVADOR, El Salvador (AP) — Opposition lawmakers in El Salvador on Tuesday proposed starting a process that could lead to the removal of President Nayib Bukele from office just two weeks before his party is widely expected to win a majority in legislative elections.

El Salvador’s historical parties from the left and right appeared poised to unite against Bukele who ran an outsider’s campaign that carried him to the presidency less than two years ago. He maintains broad popular support, but has battled against the opposition-controlled legislature at every turn.

“We’re either facing a criminal or a nut; we’re facing a deranged person who is lacking the faculties to do the job,” said Deputy Ricardo Velásquez Parker, a lawmaker from the conservative Nation Republican Alliance party, or ARENA. Velásquez proposed invoking a provision in the constitution that would allow for Bukele’s removal if he’s found to be physically or mentally unfit.

He accused Bukele of sowing hate and cited the Jan. 31 killing of two people leaving a Farabundo Martí National Liberation Front, or FMLN, rally. Three guards working for the Health Ministry were arrested in connection with the killings.

The proposal has the support of the leftist FMLN and the Christian Democrat Party. It goes to the Legislative Assembly’s political committee, which is controlled by those parties. Together, the three opposition parties control 63 of the assembly’s 84 seats. Eventually, the proposal would need the support of at least two-thirds of the body’s members and the unanimous support of a five-doctor panel appointed by the assembly.

Bukele, 39, quickly responded via Twitter, calling it an attempted coup in the run-up to national elections.

“It’s incredible, but revealing, to see the self-proclaimed ‘defenders of democracy’ maintain total silence before this attempted parliamentarian coup d’etat, just days before a democratic election in which all of the polls say they will lose 80% of their seats,” Bukele wrote.

Bukele’s electoral victory broke a three decade-long hold on power by ARENA and the FMLN. Both have suffered high-profile corruption scandals and the public was primed for the young Bukele, who had come up in the FMLN but cast himself as an outsider ready to speak directly to the people.

The upcoming elections were the first chance for Bukele’s supporters to give him the legislative support he had been lacking.

Lawyer and political analyst Tahnya Pastor criticized the move, warning that doctors who supported the opposition’s maneuver would be violating their oaths. “They are playing with fire,” she said.

Eduardo Escobar, executive director of the nongovernmental organization Citizen Action, cautioned that the lawmakers had better think carefully about taking this step.

“In spite of the fact that the legislative assembly has this constitutional power, this must be handled with total seriousness” because of the potential political consequences, he said. “In that respect, perhaps it would not be very convenient to try to remove the president of the republic with this mechanism and above all in a pre-electoral moment.”

Bukele has faced criticism inside and outside El Salvador for not respecting democratic institutions, including the Legislative Assembly — he sent heavily armed troops to surround it a year ago during a clash over security funding — and the Supreme Court, which has repeatedly shot down his executive actions during the pandemic.

He enjoyed a cozy relationship with the Trump administration, supporting some of its hardline policies on immigration. The new Biden administration has expressed a willingness to keep Bukele at arms length until it sees signs that he will keep El Salvador on a democratic path.

The AP reported Monday that the Biden administration turned down a meeting request with Bukele on an unannounced trip to Washington last week. Bukele denied having sought a meeting with Biden officials. 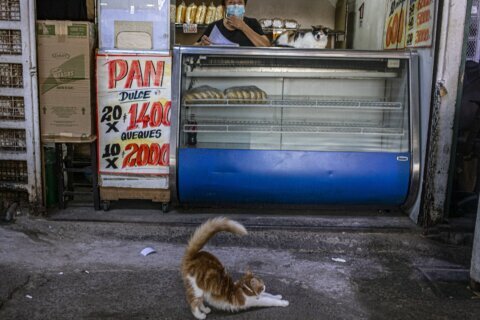 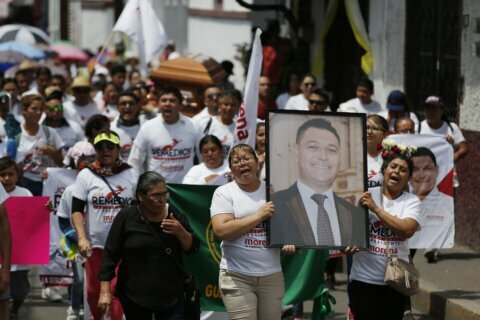