SAN JUAN, Puerto Rico (AP) — Bermuda’s former premier, Ewart Brown, has been charged with 13 counts of corruption in an alleged multimillion-dollar scheme that spans at least a decade and involves a U.S.-based hospital.

Brown, a physician who led the British territory from 2006 to 2010, will plead not guilty, his attorney, Jerome Lynch, told The Associated Press on Thursday.

Local prosecutors accuse Brown of receiving millions of dollars from 2001 to 2010 via an agreement with Lahey Clinic, a Massachusetts-based hospital.

Bermuda’s government had filed a U.S. federal court lawsuit accusing the hospital of bribing Brown via so-called consulting fees, but a U.S. judge dismissed that case.

Brown also is accused of illegally receiving more than $350,000 in donations for the Progressive Labor Party and the Bermuda Health Foundation from 2007 to 2010.

The former leader said in a statement that he was neither surprised nor intimidated by what he called “specious charges” that he said are the culmination of “a ten-year, ten-million-dollar witch-hunt” that he alleged was racially motivated.

“I am innocent,” he said. “The objective of my enemies is to emasculate me and ruin me financially.”

Brown was not required to enter a plea after officials charged him on Wednesday. His next court hearing is in April.

It is the first time in recent history that a former Bermuda premier has faced such charges, although similar cases have occurred elsewhere in the Caribbean. 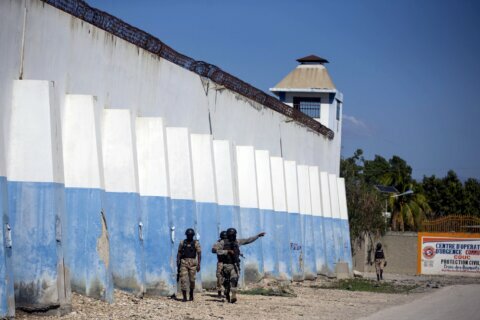