RIO DE JANEIRO (AP) — Brazil’s government has presented a Supreme Court justice with a coronavirus immunization plan that provides initially for only enough shots for about a quarter of the population and does not indicate a start date.

The document, which was made public Saturday, was submitted by President Jair Bolsonaro’s administration the previous night to judge Ricardo Lewandoswki, who had ordered the report after an opposition political party filed a lawsuit seeking information on the government’s immunization plans for the pandemic.

The plan calls for the government to provide immunization shots for priority groups that amount to about 51 million people, just under 25% of Brazil’s 212 million people. The first of four phases for vaccinating those groups include health workers, people older than 80 and Indigenous peoples.

Signed by the Health Minister Eduardo Pazuello, the document says, however, that “the interruption of the circulation of COVID-19 in the national territory depends on a highly effective vaccine” being administered to more than 70% of the population.

No date is given for starting to give out immunization shots. Brazil’s health regulator, Anvisa, has not yet approved the use of any coronavirus vaccine in the country.

In addition, the plan says that to avoid the collapse of Brazil’s health services, it may be necessary to “maintain social distancing measures for 1 to 2 years” — the type of pandemic restriction that often criticized by Bolsonaro, who argues that economic damage from lockdowns and other pandemic strictures will cause more harm to the country than the illnesses and deaths from the virus.

Bolsonaro, who recovered from COVID-19 earlier this year and has said he will not make immunization mandatory, has been the target of criticism from several Brazilian state governors and health experts over what they consider delay by the federal government in organizing an immunization plan.

Brazil has registered more than 180,000 deaths from COVID-19, the second highest number in the world. In recent weeks it has seen an acceleration in the rate of coronavirus infections and several states report occupancy of hospitals’ intensive care beds above 80%.

Bolsonaro, meanwhile, said Thursday at an official ceremony that Brazil is experiencing “the end of the pandemic.”

Accusing the government of foot-dragging, Sao Paulo Gov. Joao Doria already unveiled an immunization plan of his own for his state that has a goal of beginning vaccinations on Jan. 25. 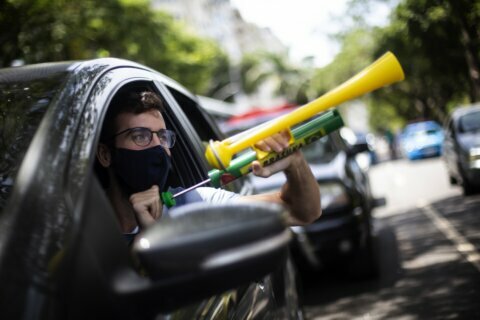 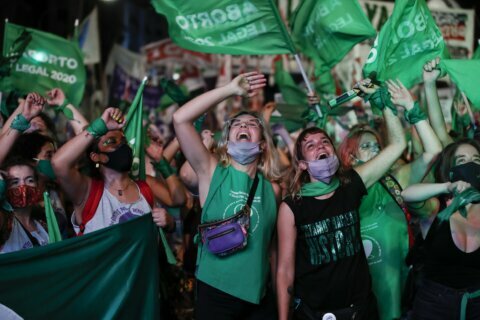