Adversaries of President Jair Bolsonaro said they feared the decision — posted Monday night on Anvisa’s website — was motivated not by science but by the leader’s political hostility to the country and state involved in producing the vaccine candidate.

The potential vaccine is being developed by Chinese biopharmaceutical firm Sinovac and in Brazil would be mostly produced by Sao Paulo’s state-run Butantan Institute. About 10,000 volunteers are taking part in the phase three tests in one of the nations hardest hit by COVID-19.

Sao Paulo state health authorities said in a press conference on Tuesday that Anvisa sent a single email at 8:40 p.m. saying the tests should be halted. They also said the incident with one of the trial volunteers was unrelated to the trials.

“Such news coming the way it did causes our surprise, insecurity and, in our case, indignation,” said Dimas Covas, the head of the Butantan Institute.

He said it was “impossible” that the volunteer’s incident had any relation to the tests.

Anvisa did not describe the Oct. 29 event that prompted the halt. But its president, Antonio Barra Torres, a close ally of Bolsonaro, denied on Tuesday that politics was involved, calling it a “purely technical decision.”

“This no joke,” Torres said. “Clear, precise and complete documents need to be sent to us, which did not happen.”

He said trials will resume only after an independent international review of the case.

Covas said on TV Cultura late Monday that a volunteer had died, but on Tuesday he said he had just been giving a hypothetical example and could not confirm details about the case for ethical reasons.

Sinovac issued a short statement in China on Tuesday saying it was in touch with Brazilian authorities and insisted, “The clinical study in Brazil is strictly carried out in accordance with GCP requirements and we are confident in the safety of the vaccine,” referring to Good Clinical Practice, a set of international standards for ethics and data quality in clinical research.

Temporary halts of drug and vaccine testing are relatively common. In research involving thousands of participants, some are likely to fall ill. Pausing a study allows researchers to investigate whether an illness is a side effect or a coincidence. Last month, two drugmakers resumed testing of their prospective coronavirus vaccines in the U.S. after they were halted earlier.

Sao Paulo health authorities said they met with Anvisa leaders on Tuesday, but received no feedback on when the tests will be allowed to continue.

“This is unpleasant news; it worries all volunteers that enrolled to take the shot,” Covas said. “This might raise doubts among those that still planned to volunteer.”

The CoronaVac shot has already stirred controversy in Brazil, where President Bolsonaro has cast doubt on its prospective effectiveness. He publicly rejected it last month, saying Brazilians would not be used as guinea pigs. The declaration followed news that his health minister, Eduardo Pazuello, had agreed to purchase CoronaVac doses produced locally by Butantan.

Bolsonaro has often expressed mistrust of China, particularly on the campaign trail in 2018, although he has softened his rhetoric somewhat in office. And the governor of the state producing the vaccine, Sao Paulo’s. João Doria, is a political rival and an outspoken critic of the president’s pandemic response.

Bolsonaro took another jab at the Sinovac shot on Tuesday.

“Death, invalidity, anomaly. This is the vaccine that Doria wanted to force all in Sao Paulo to take,” he wrote on his Facebook page. “The president said the vaccine should never be mandatory. Another one that Jair Bolsonaro wins.”

João Gabbardo, the executive-secretary of Sao Paulo’s COVID-19 committee and until months ago the No. 2 at Brazil’s Health Ministry, criticized Bolsonaro’s statement without mentioning him.

“What shocks us is that while everyone is rushing, doing what is possible so we have this vaccine available to the population, some people are betting on the opposite, coincidentally on the same day that the Sao Paulo government announces the arrival of the first doses of the vaccine,” he said.

“Some people celebrate the fact that a death appeared to create this mess and try to denigrate a vaccine that is being produced in this partnership with the Chinese lab. It is very sad that I have to answer in such way.”

“What is happenning is regrettable; the politization of the vaccine that will rid us of the coronavirus…,” Cardoso said on Twitter. “Anvisa needs to explain. And quick.”

CoronaVac is being tested in seven Brazilian states, plus the federal district where the capital Brasilia lies.

Following the imbroglio last month surrounding the CoronaVac shot, Anvisa authorized the import from China of 6 million doses. The potential vaccine cannot be administered to Brazilians as it isn’t yet approved locally, the agency said at the time.

Earlier Monday, Sao Paulo state’s health secretary, Jean Gorinchteyn, said the first 120,000 CoronaVac shots would arrive at Sao Paulo’s international airport Nov. 20, though he said, “They will only be taken to the public after a final authorization from Brazil’s health regulator.”

The secretary added that nearly all of the volunteers who were given two doses of the vaccine produced antibodies thought to protect people from the virus.

Sao Paulo is also importing raw material to produce40 million CoronaVac shots, which is due to start arriving Nov. 27. 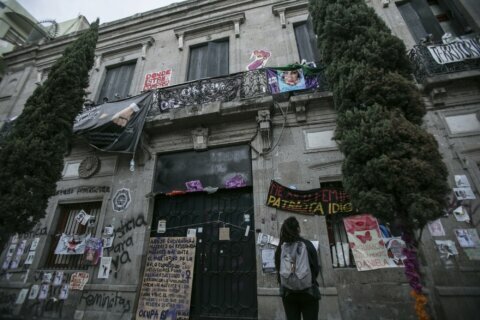 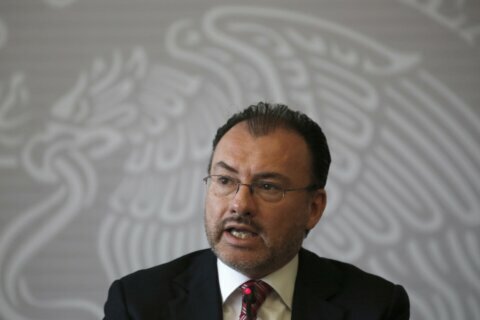 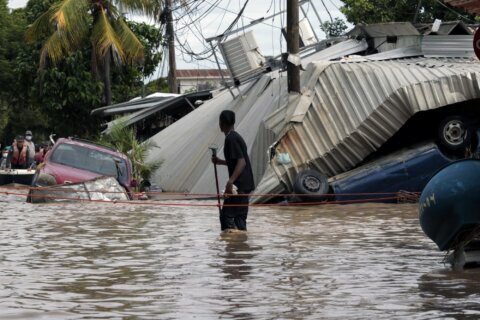