CARACAS, Venezuela (AP) — The billboard spaces of vandalized bus stops in Venezuela’s capital have become an open-air gallery for an artist seeking to give some joy to people who have endured years of tumult and hardship.

Painter Susan Applewhite uses recycled cardboard as her canvas and hangs images of flora and fauna at Caracas bus stops, which have been falling apart because there are no municipal funds for their upkeep and no potential advertisers to promote their products on the billboards.

“Pleasing people” and “giving a touch of beauty” is the main motivation of the project in a country in economic and political decline for many years, said 44-year-old Applewhite. She said she aims to show that materials that end up in the garbage can be reused and the goal is to at least briefly leave behind the “situation we are living” – a situation characterized by rising crime, high inflation, poverty, failures of public services and the deterioration of the country’s public infrastructure.

“All my life, I have been interested in waste materials,” said Applewhite, who began working in art in 1998 after her aunt took her to a painting workshop.

In 2017, when police and anti-government protesters clashed almost daily for more than 100 days in Caracas, Applewhite worked at home due to road closures. The protests began as President Nicolás Maduro sought to consolidate his power and sideline the opposition-controlled National Assembly.

Then her art accumulated at home and she no longer had room to store it. One day, walking in Caracas, she realized that bus stop billboard spaces could serve as a display for her work. Some bus stops had been stripped of pieces that protesters used to build barricades.

Her work has evolved from protest art to images of marine life, plants and other images. Applewhite hopes that displaying art in public spaces can help combat crime and motivate people to return to the streets for recreation.

She said she is determined to do “my bit to build a better tomorrow.” 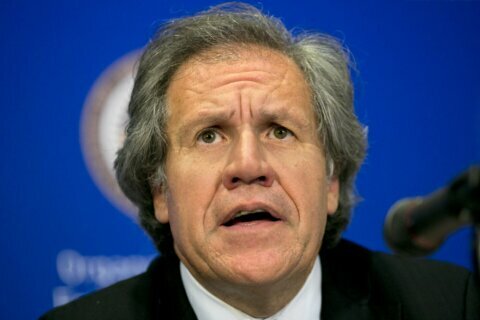 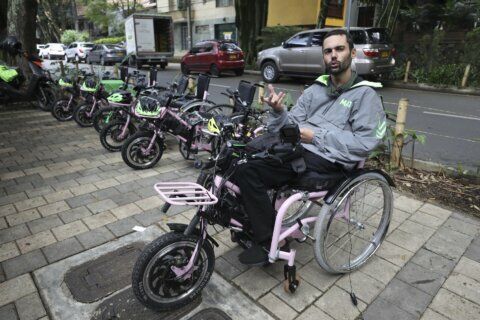