Brazilian digital influencer Felipe Neto has been indicted by Rio de Janeiro’s state police for alleged corruption of minors, prompting concern the critic of President Jair Bolsonaro may be the target of retribution for political reasons.

Police charged Neto on Nov. 5 “for sharing material inappropriate for children and adolescents on his YouTube channel” without establishing age ratings for content and language, following a dispatch from Bolsonaro’s Justice Ministry, according to a police statement late Friday night.

Neto, who TIME magazine recently named one of the world’s 100 most influential people, tweeted that the indictment is based on slanderous claims from militant Bolsonaro supporters.

“A detective decided to indict me without investigating anything,” Neto wrote. “We trust in the legal system. We already expected this and are 100% calm.”

Bolsonaro was the only other Brazilian selected by TIME magazine in September for this year’s list. He shared a local news report of Neto’s indictment on his Twitter account on Saturday morning.

Neto, 32, has become an outspoken critic of the president, notably with a six-minute video in July made for The New York Times. In that video, he said Bolsonaro had not taken the COVID-19 pandemic seriously, citing the president’s false claims that anti-malarial drugs would cure the disease, and his participation in street demonstrations.

There is no age classification for content published on social media platforms, and a 2018 push by the prior administration to expand ratings from television and film to internet videos ran aground, according to Ricardo Barretto, a lawyer who specializes in constitutional and public sector law.

Punishing people for their social media posts is “typical of undemocratic regimes,” Barreto, who teaches at two universities in capital Brasilia, said by phone. “In this case, I see a possible attack on the constitutional and human right to freedom of expression that must be preserved at all costs, with an accusation that, until now, has not presented anything concrete.”

Public prosecutors can now decide whether or not to press charges. Brazil’s Justice Ministry declined to comment. 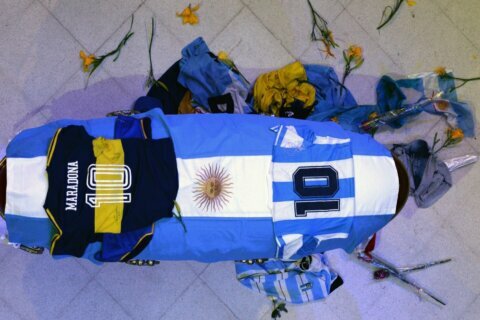