It was a massive victory for the PUP, sweeping 26 of the 31 seats that were up for grabs in Wednesday’s parliamentary elections. The vote came amid concern over the growing number of COVID-19 infections in the small Central American country and a stagnant economy.

The Belize Elections and Boundaries Department, which conducted the general elections, reported that 81% of the registered voters cast their ballots in Wednesday’s poll.

Briceno, a seven-time representative, becomes only the fifth person to hold the office of prime minister in Belize since independence in 1981 and he is the first prime minister from outside of Belize City.

Prime Minister Briceno is the representative for Orange Walk Central, north of Belize City. Surrounded by family and friends Thursday morning in Belmopan, Briceno took the oath of office and promised to govern for all.

“I assure everyone that we are going to be an open, accountable and accessible government for the people of Belize,” he said.

Briceno then reminded the crowd of supporters and friends who attended the swearing in that the country is still in the midst of the COVID-19 pandemic and called on everyone to continue social distancing, wearing face masks and sanitizing often. “Together we will fight this pandemic,” he said.

The Briceno administration comes to office under a “Plan Belize” manifesto which promises to tackle the COVID-19 pandemic head-on and also to stimulate the economy which has collapsed due to the pandemic.

The polls closed at 6 p.m. on Wednesday and it was apparent from early that the PUP had taken the lead in the ballot counting.

By 9 p.m., Patrick Faber, leader of the now opposition United Democratic Party, called the PUP leader to congratulate him on the massive victory and concede defeat.

In a televised speech Wednesday night, Faber called for national unity to confront the nation’s challenges. “While there were winners and losers, the democracy that we have continued to enjoy throughout the life of this great young nation, is by far the greatest winner today,” he said.

It was a resounding rejection by voters of the UDP, which had been seeking a fourth consecutive term in government. Its long-time leader, outgoing Prime Minister Dean Barrow, had earlier announced his retirement from electoral politics. 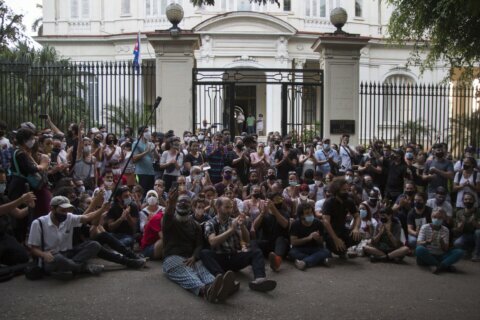