Police in the border state of Tamaulipas said the two tank-like vehicles were like combat vehicles known in that region as “monsters,” a nickname originally given to an armored dump truck found near Camargo in 2010.

Police distributed photos of one of the trucks covered with thick welded steel plate, complete with a firing turret on top and a ramming prow attached to the front. Such vehicles “are regularly used in confrontations in the area,” state police said

The other vehicles were mostly pickups with steel plates welded upright in the bed to provide protected firing positions.

Officers found the vehicles in a field after noticing a man with a gun who was apparently guarding them, officials said. The suspect opened fire and then fled as police approached.

Military-style gear, helmets and ammunition were also found at the scene.

The area has been the scene of pitched turf battles between factions of the Gulf cartel and remnants of the old Zetas cartel. The two gangs also fought in the same area over a decade ago.

In the border state of Sonora, to the west, prosecutors announced Sunday they had found two more vehicles with steel-plate bullet-proofing in the city of Caborca, along with guns and ammunition.

The area has been the scene of battles between the sons of imprisoned drug lord Joaquin “El Chapo” Guzman and the gang of fugitive drug lord Rafael Caro Quintero, a notorious underworld figure who is on the FBI’s most wanted list for the murder of a federal agent over three decades ago. 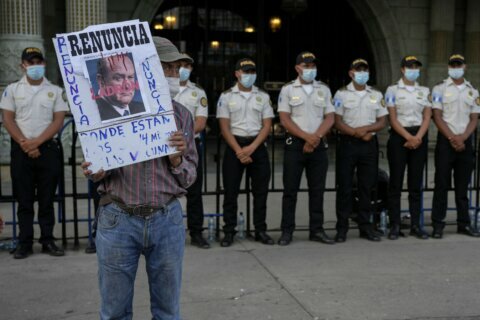