THANKSGIVING NEWS: What to do with leftovers | Takeout options instead in DC | Holiday changes across the US | Thanksgiving dinner for pets?
Home » Latin America News » Mexico rebukes governor for…

MEXICO CITY (AP) — Mexico’s federal Interior Department issued a stern rebuke Friday to the governor of the western state of Michoacan for posting a video urging migrants living in the United States to vote against President Donald Trump.

The department, which oversees Mexico’s domestic affairs, told Gov. Silvano Aureoles Friday that he had put Mexico “in a delicate position” by interfering in another country’s elections.

Michoacan has sent millions of migrants to the United States over the course of decades. Aureoles urged migrants to vote, saying they could play a decisive role in the Nov. 3 election.

Aureoles posted a video on his social media feed Thursday urging migrants to vote against Trump.

“This is a great opportunity to end a long night, a long dark night of racism, of hatred of persecution, of inhuman insults,” Aureoles said.

As a candidate in 2016, Trump accused Mexico of sending rapists across the border. But the rhetoric this year has been far softer, and the federal government desperately wants to avoid having Mexico become an issue in this year’s race.

Aureoles suggested the challenger — meaning Democratic presidential candidate Joe Biden — had policies that did more to recognize and value migrants.

Interior Secretary Olga Sánchez Cordero wrote an open letter to Aureoles reminding him that foreign policy was a federal, not a state responsibility. “This appears to me be a serious issue, because it puts the Mexican government in a very delicate position regarding its foreign policy”.

“Interfering the way you did in the internal affairs of another country, in its elections, playing a foreign policy role that you do not have, is equivalent in my opinion to a violation of the (Mexican) Constitution,” Sanchez Cordero wrote.

President Andrés Manuel López Obrador ran twice for the presidency on the ticket of Aureoles’ Democratic Revolution Party, but later split from it.

López Obrador has maintained a surprisingly cordial relationship with Trump, considering their ideological differences, and the Mexican president drew criticism in his own country for visiting Trump in Washington this summer.

For decades, Mexico has studiously avoided interfering in other countries’ internal affairs, in part because it is highly sensitive about any interference in its own. 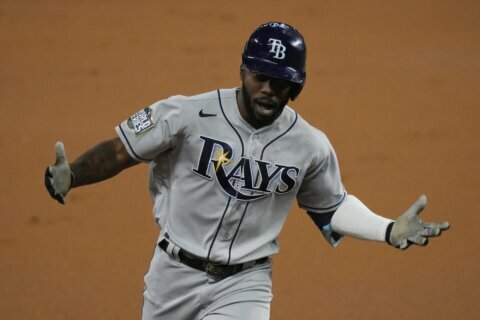