MEXICO CITY (AP) — Mexican President Andrés Manuel López Obrador proposed a former journalist and long-time Mexico City government bureaucrat to be the country’s new security chief Friday at a time when the country is on track to set a new annual homicide record.

It was not immediately clear if Rosa Icela Rodríguez would accept the post. López Obrador said he had not asked her in advance and she was currently in quarantine, recovering from COVID-19.

Rodríguez would replace Alfonso Durazo, who officially resigned Friday to run for governor of the northern state of Sonora. She would be the first woman to take over coordination of the security cabinet.

The tapping of Rodríguez was unexpected. Hers was not one of the names circulating in recent weeks as leading contenders for the post.

In late July, López Obrador had named Rodríguez, then secretary of the Mexico City government, to be in charge of the country’s ports and merchant marine. It was unclear at the time how long that would last because the president was pushing constitutional reforms that would allow the navy to take over the ports.

“I needed her to impose order on the ports … to end the corruption in the ports, the contraband, the introduction of drugs, all of that,” López Obrador said Friday. He said she helped develop a diagnosis of the situation in the ports that was used in preparing the reforms approved by the senate this week giving responsibility to the navy.

Rodríguez comes from the central Mexico state of San Luis Potosi. She studied as a journalist and worked for La Jornada, a national newspaper before embarking on a two-decade career in government.

When López Obrador was Mexico City mayor from 2000 to 2005, Rodríguez held posts in public security and was social development secretary.

In 2006, Mexico City’s then mayor, Marcelo Ebrard, named Rodríguez as coordinator of the capital’s security cabinet. Ebrard is now López Obrador’s foreign affairs minister and one of his closest collaborators.

Rodríguez continued to hold posts in the capital’s government until López Obrador brought her into the federal government this summer.

López Obrador has been saying for weeks that the most important thing in choosing Durazo’s replacement would be selecting someone who is honest and completely trustworthy.

He called Rodríguez “a woman who came up from below.”

Ana Vanessa Cárdenas Zanatta, a political science professor at Monterrey Technological and Anahuac universities in Mexico City, applauded the decision to name a woman to the post. “I wish it was one with more experience and capability than loyalty.”

It appeared López Obrador was prioritizing personal loyalty over finding someone who could reliably do the job, said Cárdenas, who specializes in security issues. “We continue down the path of improvisation,” she said.

The Mexican Employers Federation, a business group, said in a statement that “we know that the new head of the federal public safety department does not have the right background, so we consider it vitally important for her to surround herself with people who have experience in the field.” The group suggested she give priority to strengthening police forces and focus on states where violence has gotten out of hand.

If Rodríguez does accept the job, she will be entering a challenging situation. López Obrador has given more responsibility than any other president in modern times to the military and not just in the security realm.

While the military has historically been one of Mexico’s most trusted institutions, that confidence was shaken earlier this month when U.S. officials arrested its former defense minister in Los Angeles on drug trafficking charges.

Samuel González, former director of Mexico’s special office on organized crime, said the selection of Rodríguez surprised him, but he said “she knows what she’s doing, she’s not a novice.”

He said Rodríguez could serve as a counterweight to the military, though he does not expect a significant change to López Obrador’s security strategy.

The president bet on the creation of the National Guard last year to stem rising levels of violence across the country. It’s an ostensibly civilian security force, but most of its rank-and-file and command structure come from the armed forces.

Mexico’s murders are not climbing as rapidly as they were, but still remain at historically high levels. Mexico saw 36,476 homicides in 2019, only a tiny decline from the 36,685 registered in 2018. This year is slightly outpacing last.

Durazo, in one of his last appearances earlier this month, recognized that organized crime had increased.

“We received the country smelling of gunpowder … in the worst possible scenario,” he said. “We couldn’t pretend it was going to be easy to fix the problem.” 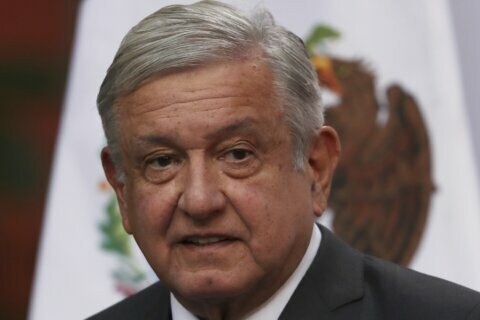 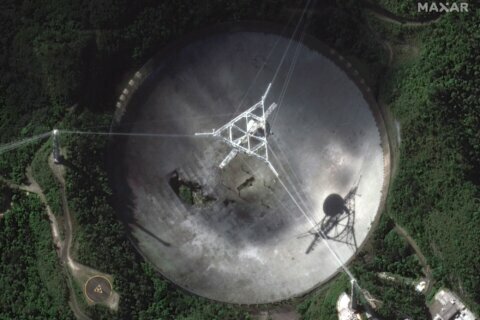