CARACAS, Venezuela (AP) — Shut in by quarantine measures for the new coronavirus, Carmen Borges shares her small apartment in Caracas with her hustand, two daughters and, of late, a squirrel pup rescued by a neighbor.

The animal scurries across the kitchen floor and sleeps on the balcony in a nest improvised from a white towel. She feeds it by hand, and for a few weeks gave it human milk from her daughter, who recently gave birth.

The 50-year-old reiki therapist said she hopes the animal can learn to feed itself and be released outside — like the small, injured owl another neighbor had rescued and Borges cared for as it recuperated.

She’s among a group of Venezuelans caring for lost or injured animals at a time when reduced human presence in the streets has lured some creatures into perilous encounters with an urban environment in one of the world’s most biodiverse countries.

Workers at the government’s Mision Nevado and the independent Feathers and Tails in Freedom Foundation say they’ve seen increasing numbers of animals brought in for help.

Veterinarian Grecia Marquís, who directs the foundation, said an “impressive” number of animals — 20 — have arrived since it reopened in June after a two-month closure due to the pandemic.

They’ve included a bat falcon injured in a collision with high-tension lines, a rusty-barred owl that needed a wing operation and several other owls, falcons and sloths, as well as an anteater.

Caring for them is a challenge in a country that was struggling with the world’s steepest economic decline even before the pandemic bit.

Marquís helps finance the foundation by selling some of her paintings and gets private contributions. She also asks those who bring the animals for a little money for their medicines.

Some of the patients came by way of paramedic Ángel Padilla, who picks up injured animals — such as the bat falcoln — as well as crash victims.

Borges, meanwhile, likes to spend time on the roof of her 12-story apartment building sharing seeds and bananas with a squaking bunch of flamboyantly colored guacamayas, an old vulture and a one-legged falcon.

She said they’ve brought her “great happiness” despite the pandemic restrictions on movement.

“Now it’s better because I have more time to be in my home … and with them, it’s even better,” she said. 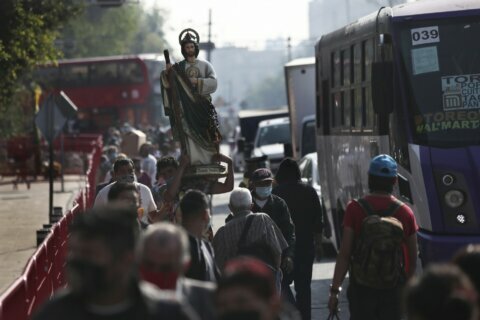 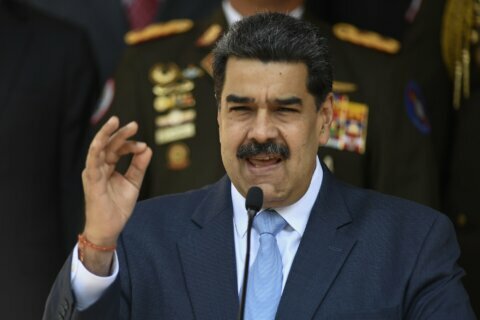 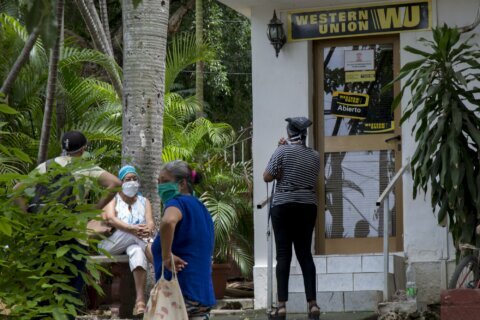