MEXICO CITY (AP) — The commander of Mexico’s National Guard said Friday the death of a woman shot by guard members at a water protest in northern Mexico earlier this month was “a regrettable accident.”

Protesters had fought guardsmen and taken over a dam that is releasing water to pay a debt to the United States under a 1944 treaty. Farmers in northern Chihuahua state say they need the water for their own crops.

National Guard Commander Luís Rodríguez Bucio said that after guard members retreated from the dam, protesters had taken military-grade materials left behind, including “grenades,” possibly a reference to tear-gas or smoke grenades that guard members had been using to quell the confrontation.

He said that after the retreat, three suspects approached a guard detail and threatened to throw the grenades at them. They detained the suspects, put them aboard guard vehicles and were taking them to a nearby city to hand them over to civilian prosecutors.

Guardsmen heard shots — it was unclear from where — and one officer opened fire, hitting a truck carrying the woman and her companion, who was badly wounded.

Rodríguez Bucio said the guardsmen thought the protesters were interfering with their convoy and trying to free the suspects. The incident was being investigated by prosecutors and military investigators.

Time is running out for Mexico to pay the water debt by an Oct. 24 deadline; protesters continued to hold the Chihuahua dam to prevent water transfers to farmers and towns along the Rio Grande.

The United States gives Mexico four times more water from the Colorado River farther west under the treaty, and Mexico is worried about the possibility of losing that.

But a short time later Wednesday, the National Guard said in a series of Twitter messages that it had arrested three people with tear gas projectiles and a gun magazine Tuesday night. When guardsmen tried to transport the three to the town of Delicias they were intercepted and fired upon from several vehicles. The troops returned fire and later found one person dead and one wounded in a vehicle. The second person died later at a hospital.

The National Guard said shots were fired from the vehicles and troops returned fire. A woman was killed and a man seriously wounded. The woman was buried Friday. 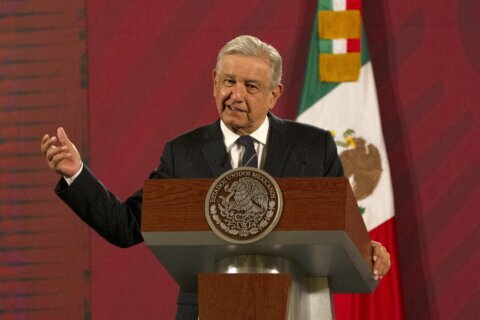 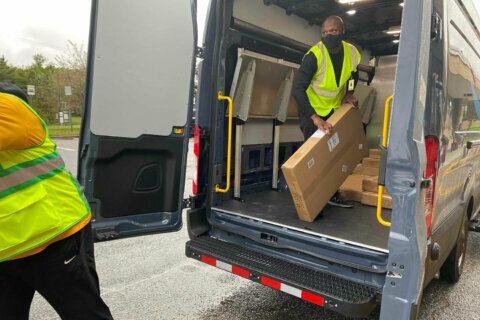