MEXICO CITY (AP) — The Mexican government said Thursday it caught a U.S. citizen trying to smuggling 13,000 rounds of ammunition at a border crossing in Nogales, across the border from Nogales Arizona.

Mexico’s National Guard said Thursday that officers and customs authorities were checking incoming vehicles at the Nogales crossing when a car with Arizona license plates crashed into another vehicle when it tried to avoid the checkpoint.

Officials then found the ammo in 13 boxes in the trunk of the car. No further details were provided about the driver, who was taken into custody.

The guard said the ammunition was “high caliber,” which usually means it was for assault rifles.

Mexico has strict gun-control laws and has long complained that weapons and ammunition smuggled in from the United States, where regulations are laxer, have fueled the country’s drug cartel violence. 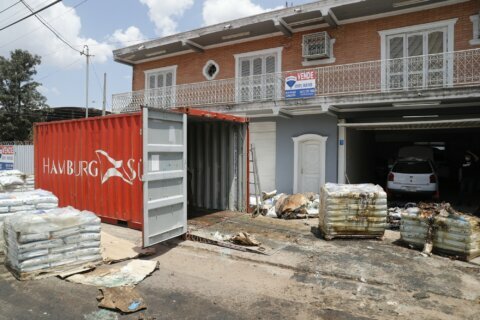 Bodies of migrants found in fertilizer shipment in Paraguay