One homeless person was rescued from the fire at the Santa Veracruz church and the Archdiocese of Mexico noted the church had been broken into by homeless people “several times” in the week before the Saturday night blaze.

City authorities said Monday the church wouldn’t be declared off-limits, but would have more protection and get a restoration.

The structure dates back to 1567, though construction continued in the 1700s. The first church on the same site was ordered built by conquistador Hernán Cortes.

Church services had been cancelled there after it suffered damage in the 7.1 magnitude 2017 earthquake, and parts are currently shored up by wooden supports that apparently helped feed the blaze.

Homelessness is a persistent problem in Mexico City’s historic downtown, and amid the coronavirus pandemic many homeless people have lost food and cash handouts and temporary work they depended on. 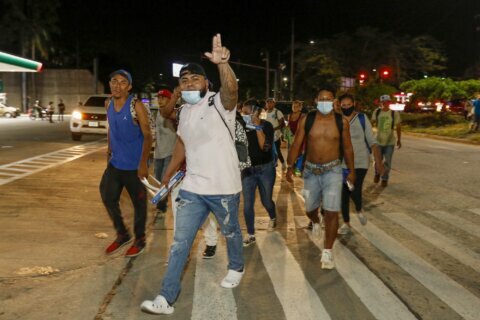