MEXICO CITY (AP) — Mexican President Andréz Manuel López Obrador’s decision last week to put management of the country’s customs operations in the hands of the military has claimed one of his Cabinet ministers who opposed the move.

López Obrador said Thursday that he had accepted the resignation of Transportation Secretary Javier Jiménez Espriú. The president said he had a “dispute” with Jiménez, who thought Mexico’s sea ports should be managed by his agency.

In his resignation letter, Jiménez expressed “concern about the serious consequences that I think this measure will have for Mexico economically and politically, in the present and the future,” though he did not explain what exactly worried him,. In recent months, observers have expressed concerns about the military’s increasing role in the economy and law enforcement in Mexico without appropriate counterbalances or outside supervision.

The president had announced last Friday his decision to hand management of sea and land ports of entry over to the navy and the army. He used the example of the Pacific port of Manzanillo in explaining his decision.

“I’m very worried by what has happened in Colima,” he said. “It is a small state with very good people, and it is the state, the federal territory with the most homicides in the entire country and this is because of the port of Manzanillo.”

Mexican cartels use the country’s Pacific coast sea ports to import industrial-scale shipments of precursor drug chemicals from Asia, often sending the drugs they make north to the United States. In 2010, a then-record 200-metric-ton shipment of meth precursors was seized at the Manzanillo port.

“I am very, very, very very worried about the entrance of the drug fentanyl,” López Obrador, referring to the synthetic opioid that has contributed to spikes in overdose deaths in the United States.

It was the latest in a series of new roles that López Obrador has entrusted to the nation’s armed forces, which are now involved in everything from construction of government infrastructure projects to running tree nurseries for the president’s tree-planting initiative.

Jiménez’s departure is the clearest sign of civilian concern with the growing influence of the military within the president’s Cabinet. Last year, Tonatiuh Guillén, resigned as director of the National Immigration Institute after Mexico, under pressure from the United States, hardened its handling of migrants transiting the country. That policy shift included deploying the National Guard to help corral migrants.

“López Obrador has shown he has an unshakable faith in the armed forces. No president has ever entrusted them with so many tasks. That assumes that military discipline is the perfect antidote to the country’s worst problems,” columnist Ricardo Raphael wrote in the newspaper El Universal, adding “But the evidence put that in doubt.” The military has been put in charge of ports before, and that has not stopped the contraband.

Thursday’s resignation was announced in an unusual video posted by López Obrador of him talking with Jiménez and his replacement as Transportation Secretary, civil engineer Jorge Arganis Díaz Leal, inside the National Palace.

The president said retired Navy officers would be put in charge of running all of Mexico’s ports. But the military approach has been tried before.

In 2013, the government put the Navy in charge of the Lazaro Cardenas seaport of the neighboring state of Michoacan after the Knights Templar drug cartel reached such astonishing levels of control that it was found to be operating bulk freight yards and participating in the iron ore trade at the port. 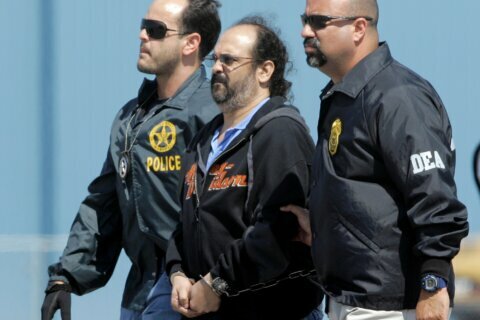 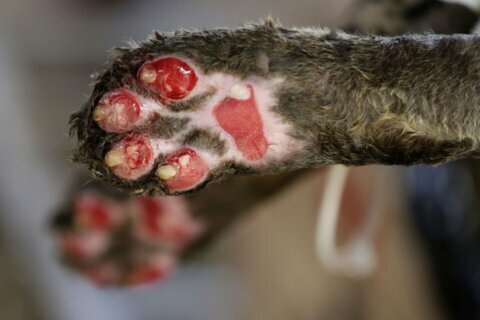 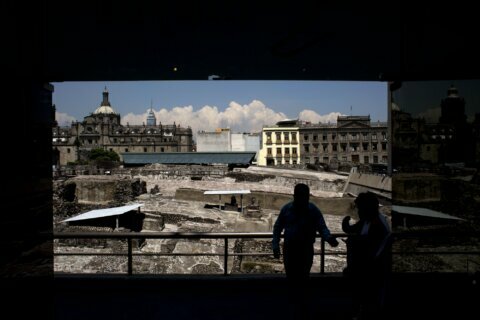