BRASILIA, Brazil (AP) — Brazilian President Jair Bolsonaro on Thursday took his first trip since recovering from COVID-19, ignoring social distancing recommendations as he worked to chip away support in his political rivals’ stronghold.

Bolsonaro said he intended to travel Brazil after beating the disease, which had kept him confined to the presidential residence for more than two weeks.

On Saturday, he announced that he had tested negative, and chose as his first destinations two small cities in Brazil’s Northeast – the second-most populous region and the only one he lost in the 2018 presidential election. The impoverished region voted overwhelmingly for the leftist Worker’s Party.

The far-right leader flew to Piaui state where he was greeted by scores of people crowding in front of the airport. Bolsonaro shook hands and at times even removed his face mask. Meanwhile, officials in the capital announced that Brazil’s first lady and a fifth member of Bolsonaro’s Cabinet tested positive for the new coronavirus.

Then Bolsonaro flew to Bahia state to inaugurate a new public water supply system. Its construction began during a Workers’ Party administration, was concluded during Bolsonaro’s term, and was long-awaited in the area historically affected by severe droughts and scarce access to water. He removed his mask at a fountain and splashed water on supporters and allies who gathered around him.

The Brazilian president has downplayed the virus’ severity, even after he was infected, arguing against restrictions on economic activity he claims will prove far more damaging than the disease. His approach to the pandemic runs counter to most health experts’ prescriptions and is disapproved of by the majority of Brazilians, according to recent opinion polls.

Advisers have counseled the president to intensify public appearances in the Northeast to improve his standing, as emergency cash the federal government doled out during the pandemic has bolstered his image among the poor, three officials who declined to be named because they aren’t authorized to speak publicly told the Associated Press.

This trend in the northeast can already be identified in some opinion polls, according to Antonio Lavareda, a sociologist and political science professor at the Federal University of Pernambuco, another northeastern state.

“In the Northeast, people’s incomes are lower than the national average, so its residents are more susceptible to that (the benefit)” Lavareda said by phone.

Also on Thursday, Science and Technology Minister Marcos Pontes, 57, wrote on Twitter that he tested positive after experiencing flu-like symptoms and headache, and that he is in isolation. The presidency’s press office later said in a statement Michelle Bolsonaro, 38, also tested positive and appears to be in good health.

She joined President Bolsonaro in capital Brasilia on Wednesday when he participated in his first public event since recovery, to recognize rural women workers.

In Bolsonaro’s speech on Thursday during the inauguration of the water works, he praised the Northeast region and said its residents should not view themselves as inferior to other Brazilians.

“You are like people from all the other four regions of Brazil. We are all equal, only one people, one race and one objective: to place Brazil above all,” he said. “And you are the ones who give us the energy to fulfil our goal.”

The government’s $115 monthly pandemic welfare was initially planned to last until June, but he extended it by two months. Bolsonaro’s political allies have started pressuring for another extension.

Fabiana Viana, who lives with her daughter, sister and grandparents in northeastern Maranhão state, told the AP her income jumped since her first payment. She used to get only $33 from another monthly federal benefit known as Bolsa Familia, but since April has received $233. Single mothers are entitled to double the amount of others.

“For me, it was extremely important because the old benefit was small,” Viana, 23, said by phone from the city Governador Eugenio Barros. “But after the new one I’m managing to save a little and I now can help my daughter and contribute with my grandparents’ expenses.”

The handout’s reach and high value relative to Brazil’s standard of living reduced extreme poverty to its lowest level in decades, according to a study released this week by the Getulio Vargas Foundation, a university. Payments have already cost the government more than $32 billion and Brazil’s economy minister, Paulo Guedes, has said its coffers can ill afford to maintain the program much longer. Bolsonaro this month also warned that it can’t persist indefinitely.

Experts warn poverty will rise again after the last monthly payment, currently slated for August. Brazil will hold municipal elections in October. With his eye on his 2022 reelection bid, Bolsonaro has been trying to forge his own political party. 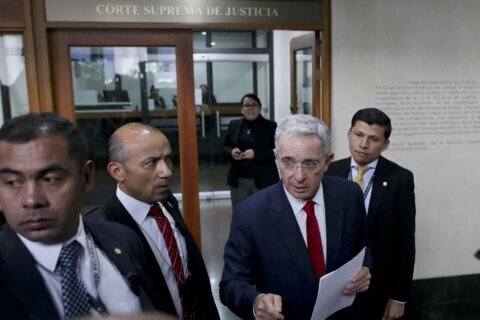 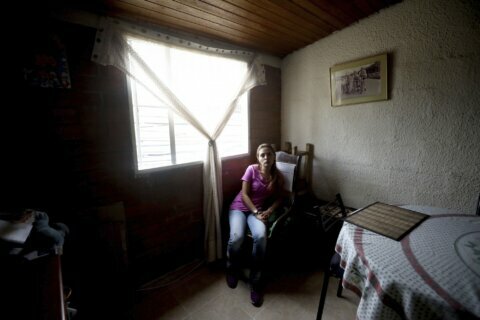