Guatemala says more deportees from US positive for COVID-19

GUATEMALA CITY (AP) — The number of Guatemalan deportees who tested positive for the coronavirus after a flight from the…
Listen now to WTOP News WTOP.com | Alexa | Google Home | WTOP App | 103.5 FM

GUATEMALA CITY (AP) — The number of Guatemalan deportees who tested positive for the coronavirus after a flight from the United States has reached 71, health officials said Monday.

Vice Minister of Health Erick Muñoz told members of Guatemala’s Congress that 71 of the 76 deportees from the April 13 flight had tested positive. The government temporarily suspended deportation flights from the U.S. after dozens tested positive on that flight. They resumed when the U.S. began testing deportees before they boarded planes and certifying that they tested negative.

But last week, the Guatemalan government said one deportee who had been certified as negative tested positive after arriving in Guatemala.

The country’s Immigration Institute said Monday that through May 7, 102 deportees from the U.S. had so far tested positive. More flights were scheduled for this week. 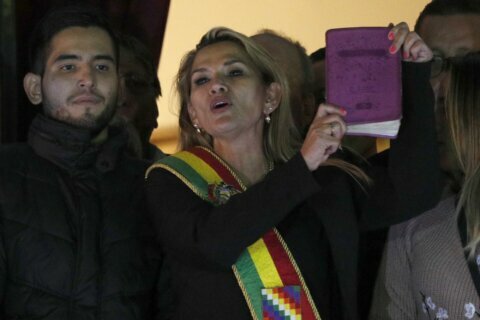