The federal police didn’t release his identity, but a source with direct knowledge confirmed the man to be Gonzalo Sánchez, 69, also known as “Chispa.” Argentina’s foreign ministry also confirmed his identity in a statement released late Tuesday.

He was caught Monday in the sleepy colonial city of Paraty, on Rio de Janeiro state’s southern coast, and is suspected of forming part of a group that assassinated students, union members and opposition politicians, according to a federal police statement. Their bodies were thrown from planes on so-called “death flights.”

Sánchez was previously arrested in 2013, and a judge ordered house arrest. In 2019, the Supreme Court authorized his extradition and he has since been in hiding.

He is suspected of participating in dozens of disappearances and killings, including that of journalist and writer Rodolfo Walsh in 1977. The school where Sánchez worked was one of the biggest illegal detention centers during the 1976-1983 military dictatorship. Sánchez has been on the run from Argentina’s justice system since 2005.

“The Ministry of Foreign Relations of Brazil notified our embassy in Brasilia that it is now suitable to extradite him to Argentina,” said the Argentine statement. “Because of the arrest’s importance to the process of memory, truth and justice, President Alberto Fernández will be closely monitoring the steps of the extradition.”

Human rights groups estimate about 30,000 people were killed or forcibly disappeared in a so-called “dirty war” against suspected leftists during the dictatorship. 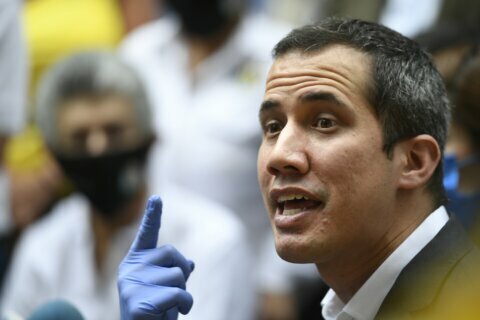 Fires in Brazil’s Amazon up 28% in July, worrying experts