MEXICO CITY (AP) — Mexicans will no longer have to worry about where to park a Boeing Dreamliner when the…
Listen now to WTOP News WTOP.com | Alexa | Google Home | WTOP App | 103.5 FM

MEXICO CITY (AP) — Mexicans will no longer have to worry about where to park a Boeing Dreamliner when the government raffles off the luxurious presidential jet: the air force will keep it.

In fact, nobody will win the actual $130 million Boeing 787 plane in the lottery-style raffle to be held in coming months.

Among the many desperate attempts to get rid of the expensive plane, President Andrés Manuel López Obrador had toyed with the idea of actually awarding the plane to the winner, along with a year’s paid maintenance and parking.

But López Obrador had worried that would cause problems for the winner, both because of the greed it could unleash among friends, relatives and acquaintances, and because the idea had been lampooned on social media, with people posting pictures of shacks or taco stands with a jetliner parked outside.

So the president announced Friday that the raffle will actually be symbolic, awarding total prize money of $100 million, which lottery tickets state is “equivalent to the value of the presidential jet.” One hundred winners will divide equal shares of the $100 million pot.

“We did not want to award a prize that would be a problem,” López Obrador said. “You know, the memes, ‘where would I park it?’”

Instead, he said, a cash prize winner would be free to use some of their winnings to rent the plane for a few trips, at the current hourly operating price of about $13,500 per hour.

The latest scheme didn’t convince Mexico City graphic designer Antonio Pérez, who had hoped the president could simply sell the white elephant, without hitting up Mexicans to buy lottery tickets.

“I agree with some of the president’s initiatives, but on this one, specifically, I don’t agree, because the ones who wind up paying for the plane are going to be the people of Mexico,” said Pérez.

López Obrador had tried to sell it, but the plane failed to find a buyer after a year on sale at a U.S. airstrip, where it piled up about $1.5 million in maintenance costs.

Novelist Eric Marváz agreed the whole thing seemed comic, but noted that at least the president was speaking directly to the people, and not trying to hide anything.

“I think it is quite a hilarious situation, but at least for the first time we’re laughing, not crying,” said Marváz.

The government hopes to sell 6 million tickets at about $25 apiece, raising $150 million. The remaining money will pay to keep the airplane in flight condition while López Obrador tries to sell or rent it. Any net proceeds would go to buy medical equipment.

López Obrador flies tourist class on commercial flights and views the jet, bought for more than $200 million by his predecessor, as wasteful.

The plane failed to find a buyer after a year on sale at a U.S. airstrip, where it piled up about $1.5 million in maintenance costs.

The jet is expensive to run and is configured to carry only 80 people, with a full presidential suite with a bedroom and private bath. Experts say it would be too expensive to reconfigure back into a commercial airliner that normally carries as many as 300 passengers.

Previously, López Obrador had suggested bartering the plane in exchange for U.S. medical equipment or selling it in shares to a group of businessmen for executive incentive programs. He has also offered to rent it out by the hour, in hopes of paying off the remainder of outstanding loans on the plane. 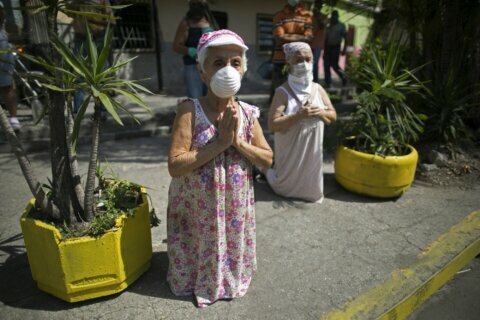 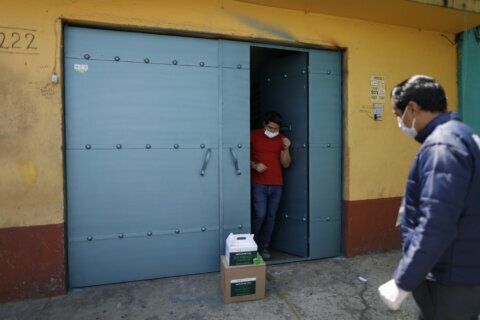 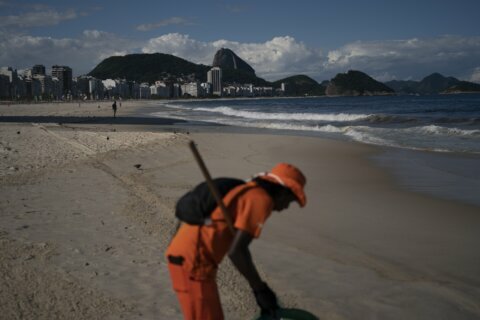