MEXICO CITY (AP) — Mexico’s central bank lowered its benchmark interest rate by a quarter-point to 7% on Thursday, seeking to stimulate an economy that entered into recession last year.

In a statement, the Bank of Mexico noted “characteristics of deceleration, low inflation, accommodative monetary postures and lower interest rates” in the world economy.

It added that the balance of risks trends downward taking into account factors such as uncertainty, “including the effects of the recent outbreak of coronavirus.” Investors are worried about the global economic impact of the outbreak of the new virus, centered in China.

Mexico had forecast GDP growth of 2% for 2019, the first year of Andrés Manuel López Obrador’s presidency. But the economy grew just 0.1% in the first half of the year and then stagnated the rest. It was the first annual contraction since the 2009 recession.

Analysts said that the government transition played a role in the slowdown, as typically happens in Mexico when there is a change of administration, and that López Obrador’s policies contributed by cancelling major infrastructure projects and interrupting energy sector contracts, resulting in some investor uncertainty.

The president says Mexico’s economy is strong and rejects criticism of his policies.

Banco BASE analyst Gabriela Siller wrote that the language of the central bank’s statement suggested it will revise its forecast for 2020 economic growth, currently in the 0.8%-1.8% range.

It was the fifth consecutive rate cut by the bank, though Siller said the bank’s comments about inflation, which remains above the target of 3%, could signal that it would temporarily stop lowering interest rates. 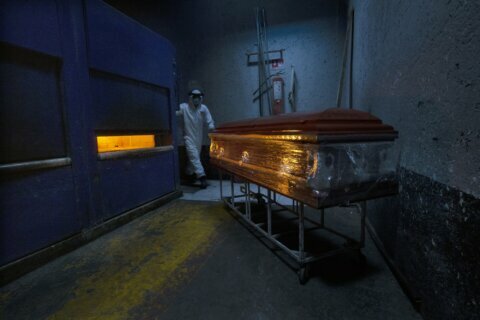