TEGUCIGALPA, Honduras (AP) — Honduras and the Organization of American States failed to reach an agreement Friday to extend the…

TEGUCIGALPA, Honduras (AP) — Honduras and the Organization of American States failed to reach an agreement Friday to extend the mandate of an anti-corruption mission that had upset a number of national lawmakers by uncovering misuse of public funds.

The mandate of the Mission to Support the Fight against Corruption and Impunity in Honduras was set to expire Sunday.

“We did not reach a consensus on signing a new covenant between Honduras and the Organization of American States secretary general,” the Honduran government said in a statement.

The government said it was important to take into consideration the complaints from some economic and political sectors about the behavior of some of the mission’s members. Their complaints included allegations of “excesses” by the commission and charges that it “trampled their rights and constitutional guarantees,” the statement said.

Presidential minister Ebal Díaz, who participated in negotiations with the OAS, said in a video message that the government remained committed to combating corruption.

But the OAS said in a statement the insurmountable hurdle was the Honduran government’s insistence that the mission stop collaborating with a special hand-selected and trained unit within the Attorney General’s Office bringing the public corruption cases.

OAS Secretary General Luis Almagro considers the end of the commission’s work “a negative event in the fight against corruption and impunity in the country,” the statement said.

The announcement of the resignation of the mission’s interim leader, Ana María Calderón, earlier this week amplified concerns that the body’s days were numbered.

In December, Honduras’ legislature voted to recommend that the commission not continue past its original four-year mandate.

President Juan Orlando Hernández invited the OAS to form the group in 2015 as public demands for his resignation arose from revelations that the country’s social security system had been bilked of millions of dollars.

Composed of international lawyers and investigators, the commission set out to strengthen Honduras’ justice institutions and help them carry out investigations of public corruption. But it never had the clout or resources of a U.N.-sponsored effort in neighboring Guatemala that brought three former presidents to trial. Still, it was building capacity among a select group of Honduran prosecutors and making public officials uncomfortable.

Among its achievements, the commission uncovered networks of legislative and non-profit front organizations that moved public monies back into lawmakers’ pockets.

Honduran lawmakers responded by impeding its investigations and threw up hurdles to prevent the country’s prosecutors from advancing the cases. They also reduced legal sentences for corruption-related crimes and essentially blocked the Attorney General’s Office from investigating improper use of public funds for up to seven years.

On Friday, congress asserted that even a renewal of the commission’s mandate without material changes would require lawmakers’ approval. Others had said it could be done with a simple exchange of letters between the government and OAS.

The U.S. State Department had urged Honduras to renew the commission without changes, but analysts say Hernández may have felt emboldened to drop it as White House priorities in the region shifted to slowing migration.

Honduras signed an asylum cooperation agreement and finalized implementation steps last week that would allow the U.S. to send asylum seekers from other countries to Honduras to apply for protection there. The U.S. was expected to begin shipping asylum seekers to Honduras in the coming weeks.

Omar Rivera, head of the Association for a More Just Society, the Honduran chapter of Transparency International, told local press that the end of the commission was disappointing. “The worst thing we could do is lower our arms in front of delinquents, criminals and the corrupt,” he said.

Adriana Beltran, director of citizen security at the Washington Office on Latin America, an advocacy organization for human rights in Latin America, said the commission was “a critical instrument to combating entrenched corruption and widespread impunity in Honduras, and because of this it enjoyed the support of the population.”

“Its work threatened powerful sectors that sought to undermine its work to protect themselves from being held accountable,” Beltran added.

Hernández already suffered from low approval ratings after overcoming a constitutional ban on re-election and winning in a contest marred by irregularities. Weeks of large street demonstrations against the government re-emerged this summer and in October, his brother Tony Hernández was found guilty of cocaine trafficking in a U.S. federal court.

U.S. prosecutors named the president a co-conspirator in the case. He denies any involvement. His brother is scheduled for sentencing next month.

The announcement comes as hundreds of Hondurans crossed Guatemala and began gathering at the Mexico border. When they left the northern city of San Pedro Sula Wednesday many chanted that Hernández had to go, a common refrain since the first caravans in 2018.

Former President Mel Zelaya, who was removed from office in a 2009 coup, said the government was sending a message that it isn’t interested in fighting corruption. He called for a protest in front of the commission’s offices on Jan. 27.

“It’s a logical demonstration,” Zelaya said. “Because as long as that dictatorship is governing the country, Honduras has no hope of moving forward.” 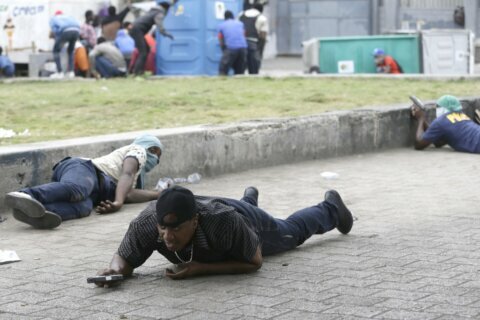 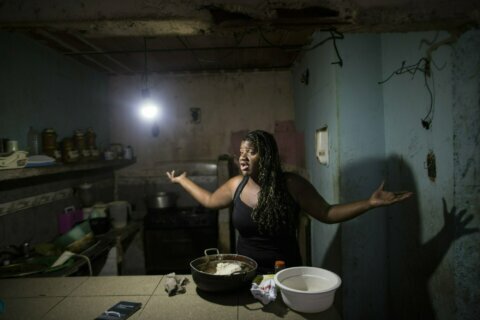 UN study: 1 of every 3 Venezuelans is facing hunger 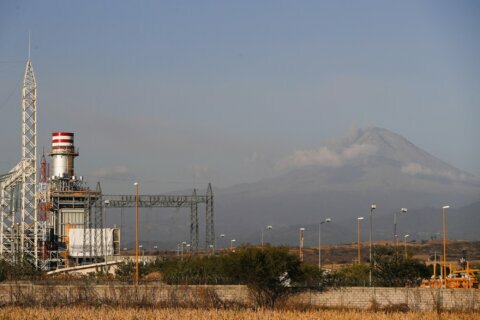