MEXICO CITY (AP) — Thousands of people lined major boulevards Wednesday to catch a glimpse of the hearse bearing the ashes of singer José José, who was memorialized in a tribute at the majestic Palace of Fine Arts and a Mass at one of Latin America’s most important Roman Catholic shrines.

The ashes of the Mexico City-born singer were flown back to Mexico aboard a military plane early in the day. A hearse picked up the casket with the ashes at the airport and drove to the city’s downtown. Along the route, admirers tossed flowers and waved to the passing vehicle as it made its way to the Palace of Fine Arts.

“I think the most important thing was … his emotion, his vocal quality, his sweetness and of course his manner of singing,” Emmanuel said.

During the tribute at the art-deco theater, festooned with white floral arrangements and a red carpet lining the steps, an orchestra played renditions of some of his songs, including “El Triste,” or “The Sad One.”

A photograph of José José was displayed with the words “How sad it was to say goodbye to us,” a verse from “El Triste.”

“His manner of singing was the best,” she said, but one “felt different” seeing him live.

The Department of Culture estimated about 15,000 people visited the Palace of Fine Arts to say goodbye.

José José died Sept. 28 in South Florida at age 71. His relatives had disagreed over where his remains would be laid to rest. His body was cremated in Miami, and it was agreed that half the ashes would remain there and the rest would be brought to Mexico.

The ashes were taken later Wednesday to the Basilica of the Virgin of Guadalupe and to the neighborhood where the singer was born, and finally laid to rest at a cemetery.

Yolanda Molina, who came to the shrine from the Mexico City suburb of Ojo de Agua, said she wished all his remains were together in Mexico.

“Because he is Mexican. He will always be Mexican, always, and he deserves to be here, complete,” Molina said.

She added that she loves all his songs and especially the album “Secretos,” or “Secrets.”

“I have listened to him since I was single,” Molina said, “and I will keep listening to him until the day I die.”

Known as Mexico’s “Prince of Song,” José José’s real name was José Sosa Ortiz. He rose to fame in the early 1970s with his soaring ballads. 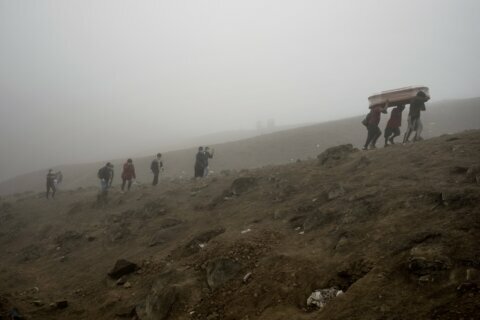 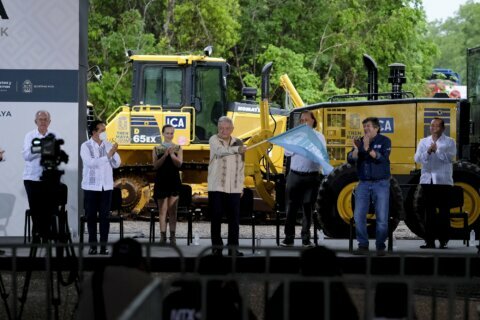 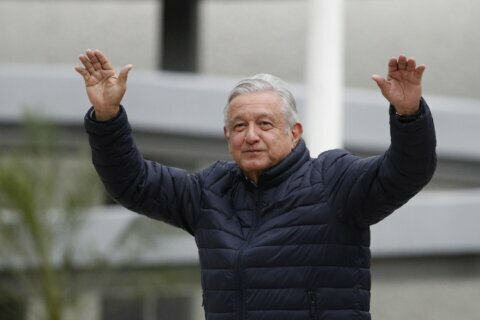