RIO DE JANEIRO (AP) — Brazil’s top court is expected to make a ruling this week that could lead to the annulment of dozens of cases brought by the sprawling Operation Car Wash that has snared top politicians and businesspeople across Latin America. The probe, once heralded as a model of anti-corruption efforts, has been heavily criticized in Brazil following allegations that some prosecutions were politically tainted. Here’s a look at the challenges facing the operation:

WHAT IS OPERATION CAR WASH?

“Operation Car Wash” began in March 2014 as an investigation into money laundering involving a gas station owner in the southwestern state of Parana. The suspects reached plea bargains that opened windows onto an immense graft scheme. Prosecutors say executives of major construction companies effectively formed a cartel that decided which firms would be awarded huge contracts with the state oil company Petrobras and how much to inflate prices to cover payoffs for politicians and Petrobras executives.

WHAT HAS IT ACHIEVED?

The inquiry has led to the sentencing of 159 individuals, including former President Luiz Inacio Lula da Silva, former congressional Speaker Eduardo Cunha, former Rio de Janeiro Gov. Sergio Cabral and Eike Batista, once Brazil’s richest man. Prosecutors say Brazil can expect to retrieve over $3.4 billion in stolen money, with a fourth of that amount already returned. The probe has also led to the arrest or resignation of presidents in Peru and has rattled nations across the hemisphere.

SO WHY IS IT LOSING STEAM?

Some legal analysts, business leaders and politicians have accused Car Wash prosecutors of judicial overreach to further a political agenda, notably in the conviction of Da Silva, which forced him out of the last presidential race. The Intercept Brasil news website said hacked cellphone conversations showed that the judge guiding the Car Wash probe, Sergio Moro, had improperly coordinated with prosecutors, allegations he denies. Moro was later chosen justice minister by newly elected conservative President Jair Bolsonaro, whose campaign was boosted by the removal of the front-running Da Silva. The controversy has led some to urge limits on the investigation.

WHAT IS THE SUPREME COURT DISCUSSING?

Plea bargain testimonies are at the core of the Car Wash investigation. A majority of justices in Brazil’s top court voted last week in favor of allowing defendants mentioned in plea deals to testify after hearing the accusation. They argue that the accused had not been adequately allowed to defend themselves. The case applied to Márcio de Almeida Ferreira, the Petrobras executive who raised the issue. Justices have yet to decide whether the decision will apply only to his and future cases, or be retroactive — the latter being a step that likely would undermine earlier Car Wash convictions, said Luis Claudio, a constitutional law professor at IBMEC university.

WHAT COULD THE RULING MEAN?

The Car Wash task force, part of the federal public prosecutors’ office, says 143 criminal defendants might benefit from a retroactive ruling. The decision could open the door for the annulment of some cases Da Silva is involved in, but not the one that put him behind bars. The 73-year-old former president was found guilty in July 2017 of accepting an apartment in the city of Guaruja as a kickback from construction company OAS in return for his influence. His lawyer says the prosecution was “corrupted” and that the former president should be freed anyway.

Lawmakers — some of them under investigation themselves — recently passed a law against possible “abuse of authority” from prosecutors, judges and police. Fabio Kerche, a political scientist at the State University of Rio de Janeiro, says prosecutors in Brazil have a lot of autonomy and little accountability. The new law seeks to limit some of that power by expanding the list of what is considered an “abuse of authority.” While it does not target Car Wash prosecutors or judges specifically, it applies to them too. A magistrates’ association says it will fight some of the new measures in the Supreme Federal Court. Bribery experts from the Paris-based Organization for Economic Development and Cooperation also expressed concerns before the bill was approved, saying they fear it will let corrupt people “unfairly attack justice-seeking prosecutors and judges for appropriately doing their jobs.” 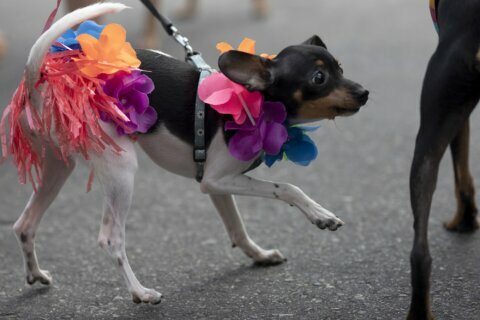