CABO SAN LUCAS, Mexico (AP) — Hurricane Lorena spared the resort-studded twin cities of Los Cabos a direct hit and was reduced to a tropical storm Saturday as it headed up the east coast of Mexico’s Baja California Peninsula.

The U.S. National Hurricane Center downgraded Lorena to a tropical storm Saturday afternoon, saying it has maximum sustained winds of 50 mph (85 kph), and its center was about 50 miles (85 kilometers) north-northeast of Loreto, Mexico. It was heading to the north at 12 mph (19 kph) on a forecast track parallel to the coast, through the Sea of Cortez.

The core of Lorena “did not survive the high terrain of the southern Baja California peninsula,” the center said.

The Mexican government has discontinued the tropical storm warning for the Baja peninsula and the hurricane watch for portions of mainland Mexico.

For days, forecasts had predicted likely landfall in or a near miss with Los Cabos, but the storm took a path well east of the glitzy resort area.

On Friday, residents and tourists in Cabo San Lucas and San Jose del Cabo hunkered down in homes, shelters and hotels amid extreme weather warnings.

Police and soldiers went through low-lying, low-income neighborhoods in Los Cabos urging people to evacuate. Locals who have been through past hurricanes pulled boats from the water and boarded up windows and doors.

Authorities in Los Cabos said 787 people had taken refuge at 18 storm shelters. Officials had closed the port and suspended school classes for Friday.

Lorena came onshore a day earlier as a hurricane in the western Mexican state of Colima. It flooded streets, washed out roads and touched off minor slides in 10 municipalities. Dozens of trees were downed, and power was knocked out in some areas.

Colima state Gov. José Ignacio Peralta said more than 7,400 acres (3,000 hectares) of crops such as bananas and papayas were damaged statewide, but there were no deaths or significant damage to infrastructure.

A second cyclone, Tropical Storm Mario, was weakening as it hovered several hundred miles (kilometers) south of the southern tip of the Baja Peninsula. Mario was expected to disperse by Monday.

In the Atlantic, meanwhile, Tropical Storm Jerry was headed northwest toward Bermuda, after kicking up rough seas around Puerto Rico.

The hurricane center warned that swells could cause life-threatening surf and rip-current conditions for portions of the northern Leeward Islands and Puerto Rico.

Jerry’s maximum sustained winds stood at 65 mph (100 kph) Saturday afternoon. It was centered about 320 miles (510 kilometers) north of San Juan, Puerto Rico and was moving to the northwest at 14 mph (22 kph). 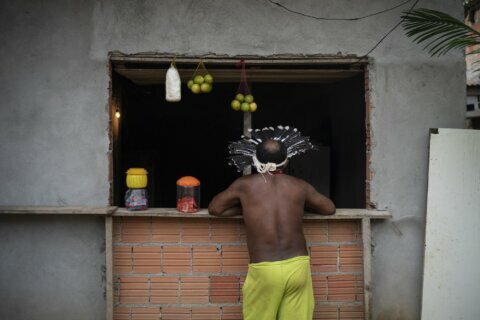 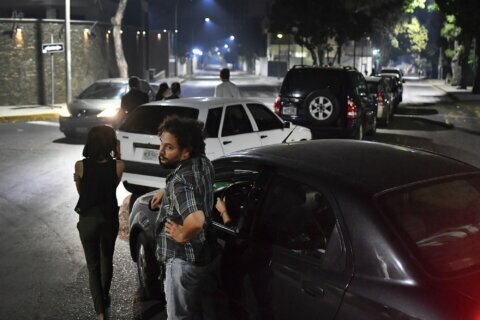 Prices may be rising for world’s cheapest gas in Venezuela 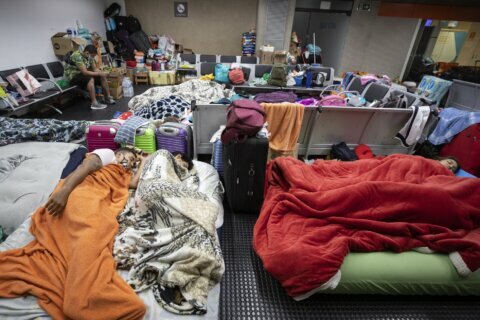 Stranded Colombians plead for COVID-19 airlift out of Brazil