BUENOS AIRES, Argentina (AP) — In an Aug. 17 story about the resignation of Argentina’s treasury minister, The Associated Press…

BUENOS AIRES, Argentina (AP) — In an Aug. 17 story about the resignation of Argentina’s treasury minister, The Associated Press reported erroneously the first name of the country’s president. The correct name is President Mauricio Macri, not President Nicolas Macri.

A senior official in Argentina’s presidential office says the country’s treasury minister has resigned and will be replaced by the economy minister of the country’s most populous state.

BUENOS AIRES, Argentina (AP) — Argentina’s treasury minister, Nicolás Dujovne, resigned Saturday and will be replaced by the economy minister of the country’s most populous state, a senior official in the presidential office said.

Macri acted after a leftist presidential slate that includes his predecessor, Cristina Fernández, turned in a powerful showing last Sunday in primary voting for candidates going into October general elections. Macri’s slate did poorly, and the already weak Argentine peso slumped and stock prices fell sharply as investors reacted in worry about the vote results.

In his resignation letter, Dujovne reportedly says the government needs to make “a significant overhaul in the economic area.” He says the administration made strides in reducing the government’s deficit and reducing taxes, but adds that “we undoubtedly made mistakes.”

The presidency official, who agreed to confirm the resignation only if not quoted by name, said Dujovne would be replaced by Hernán Lacunza, the economy minister for Buenos Aires province. Lacunza previously was general manager of the Central Bank. 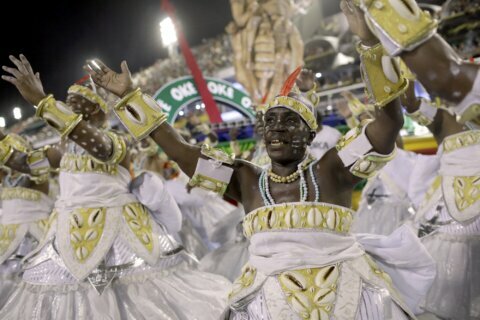