Mexico’s National Immigration Institute said in a statement that rather than the 1,300 escapees it reported Thursday night, only 645 migrants had actually fled. It said only 35 of those who escaped had returned without explaining why it had lowered its figures.

The center was holding 1,745 people at the time, nearly double its capacity, the statement said.

The escape began with Cuban migrants escaping their holding area into an area reserved for women, who were mostly Honduran. That caused a commotion and migrants gained access to other parts of the detention center before eventually making it to the main entrance. Immigration agents were unarmed and unable to intervene.

Hours after the mass escape, throngs of detained migrants raised their fists in the air Friday and chanted “We want food! We want out!”

It was the largest mass escape from a Mexican immigration center in memory and the latest example of how the government has become overloaded by a flood of Central American, Cuban and Haitian immigrants.

Residents of Tapachula, a city on Mexico’s southern border with Guatemala, reported seeing hundreds of migrants running through the streets late Thursday, some only half dressed, some cramming themselves into passing minivans to escape.

Those with family members inside the Siglo XXI detention center said the escape arose from a dispute over food and sleeping space, both of which were in short supply in the overcrowded center. Authorities said Friday the Siglo XXI center was holding 1,745 migrants at the time of the escape. The facility was built to hold fewer than 1,000 people.

Laisel Gómez Cabrera, a Cuban who now lives in Texas, was worried about his wife, Anisleidys Sosa Almeida, who has been held at the center for weeks.

On Friday, Gómez Cabrera stood outside the station — as he has most days since his wife was detained — trying to get information about her. He said there had been a fight at the facility prior to the escape, and it was provoked by overcrowding.

“They made it so they had to fight among themselves for a place to lie down, to get a little bit of food,” Gómez Cabrera said.

A distraught Raisa Torres Espinosa was waiting for news of her daughter, Cynthia Barbara, 21, who was being held at the center along with her husband. Both left Cuba recently, traveling through Panama and then overland to Mexico, where they were detained.

Torres Espinosa said her daughter had told her conditions at Siglo XXI, which means “21st century” in Spanish, were “very bad” and had worsened in the last week.

“This week they have put 20 busloads of migrants, all of them, in there,” she said, motioning toward the metal gates.

Gómez Cabrera said she suspected authorities may have opened the gates Thursday night to let migrants flee as a way of reducing pressure on the system, knowing that those who left would no longer be allowed to apply for any kind of humanitarian visa, asylum or residence permit in Mexico.

“All the ones who left are going to get put on a red list,” Gómez Cabrera said. “If they catch them again, they are going to be subject to automatic deportation.”

Buses arrived Thursday and Friday apparently to take women and children out of the overcrowded facility.

But while conditions may improve somewhat, the prospect of deportation drives the Cuban families to despair.

Carlos Labada, another Cuban who lives in the United States, said his father, mother and younger sister are all being held at the center.

Other Cubans said the government would deny work and education opportunities to those sent back.

In January 2017, the outgoing administration of U.S. President Barack Obama scrapped longstanding rules under which Cubans who reached American soil were automatically allowed to apply to remain. The end of the so-called wet-foot, dry-foot policy means U.S. immigration authorities now treat Cubans more like immigrants from other countries, although Cubans still are more likely to be granted asylum.

Cubans also still retain the right to apply for residency after a year in the U.S., a privilege other nationalities do not receive. 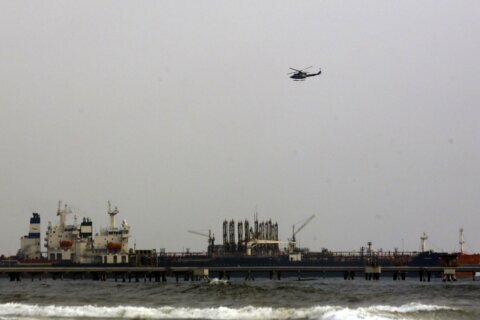