WASHINGTON (AP) — Two high-stakes runoff elections in Georgia are poised to determine which party controls the Senate over the next two years. What the contests won’t do is affect the certification of Electoral College results by Congress.

Republicans allied with President Donald Trump are pledging Wednesday to try to undo Democrat Joe Biden’s victory by mounting a challenge to the election results during a joint session of Congress, a last-ditch effort that is almost certain to fail. Lawmakers who were sworn into office this week will vote on the objections.

Ever since Trump lost to President-elect Biden, he has made repeated and false claims that widespread voter fraud cost him the presidency. Yet almost every single legal challenge filed on his behalf has been rejected by the courts, including the Supreme Court. His own attorney general said there was no evidence of widespread fraud.

That hasn’t swayed some of Trump’s allies in Congress, who are launching their hail-Mary attempt during the Electoral College certification to subvert the will of voters on Trump’s behalf.

Trump can count on about a dozen conservative senators, as well as scores of House Republicans, to press his case by objecting to the certification of results from some crucial battleground states.

Democrats, however, control the House, and are certain to reject any effort to overturn the outcome. Additionally, many Senate Republicans oppose the pro-Trump efforts.

That all but guarantees that after hours of debate, Congress will certify President-elect Biden’s victory, clearing the path for his inauguration Jan. 20.

WHAT’S GOING ON IN GEORGIA

Georgia’s had two Senate seats on the November ballot. But because none of the candidates garnered more than 50% of the vote, it forced dueling runoff races between the top two vote-getters in each contest.

Republicans need to win only one of the races to secure a narrow 51-49 majority. But if Democrats take both seats, the Senate would be divided 50-50, with Vice President-elect Kamala Harris poised to cast tie-breaking votes once she takes office and assumes her duties as the Senate’s presiding officer.

Both Loeffler and Perdue have run as staunchly pro-Trump candidates.

Regardless of the outcome of their races, it won’t change the calculus in Congress when it comes to the Electoral College certification process. And thanks to quirks in Georgia election law, Perdue won’t be able to cast a vote Wednesday even if he wins.

Because Perdue’s contest went to a Jan. 5 runoff that is being held after his term ended, he is not a senator right now. If he wins, he can retake his seat after the results of his election are certified later this month and Georgia Gov. Brian Kemp issues a certificate stating he won.

Loeffler, on the other hand, is still a senator. Her appointment by Kemp remains in effect until the winner of the election is sworn in.

WHAT DOES THE LAW REQUIRE?

The Constitution requires Congress to meet and count the electoral votes. Bipartisan representatives of both chambers read the results from each state out loud and do an official count.

Any member can stand up and object to a state’s vote on any grounds. But the presiding officer will not hear the objection unless it is in writing and signed by both a member of the House and a member of the Senate.

For the objection to be sustained, both chambers must agree to it by a simple majority vote. If they do not both agree, the original electoral votes are counted with no changes.

Biden’s electoral win over Trump was decisive, 306-232. Trump won by the same margin in 2016, which he heralded at the time as a “landslide.” 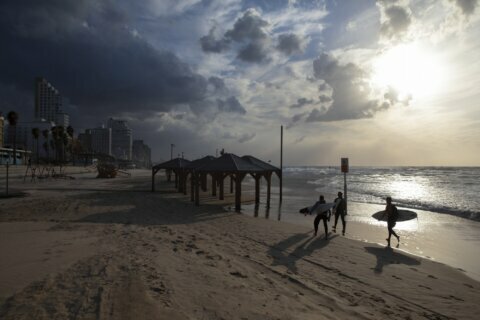 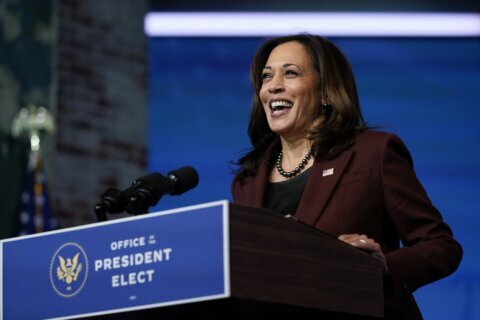