President Donald Trump is continuing his futile appeal to battleground state lawmakers to subvert the votes of their constituents.

The president has reached out twice to Pennsylvania House Speaker Bryan Cutler, a Republican, to see what might be possible for Trump to do about the state’s presidential vote.

A person briefed on the matter said Trump pressed for the state’s legislature to replace the electors for President-elect Joe Biden with those loyal to Trump. The person was not authorized to speak publicly and spoke to The Associated Press on condition of anonymity.

Cutler’s spokesperson, Mike Straub, says Trump did not pressure Cutler to take any sort of action; the call was informational.

Cutler and other top Republican lawmakers have said that, legally, the state legislature has no legal power to override the will of the voters and select a slate of presidential electors.

Trump also called on lawmakers in Georgia and Michigan to do the same. They have all refused.

President-elect Joe Biden has picked California Attorney General Xavier Becerra to be his health secretary, putting a defender of the Affordable Care Act in a leading role to oversee his administration’s coronavirus response.

The chair of the Congressional Asian Pacific American Caucus says she was “very disappointed” after meeting with President-elect Joe Biden’s transition team to make a push for broader Asian American and Pacific Islander representation in the Cabinet.

“It would ensure the diversity that this Cabinet needs and desires, while also making sure that there is a public health official’s voice in the Cabinet,” Chu said after the 30-minute call.

Biden’s team told her it was unlikely the Surgeon General’s position in the administration, which is not currently a Cabinet post, would be changed.

“I was very disappointed,” Chu said. “We felt that our voices weren’t being heard.”

The group had pushed for Murthy, whose nomination was announced Monday.

Biden made the comment as he climbed into his motorcade in Wilmington, Delaware, on Monday. He also suggested he’d name a nominee for attorney general in the coming days, though exactly when was less clear.

The president-elect plans to meet Tuesday with civil rights leaders and is under increasing pressure to choose more people of color for top positions in the new administration, including African and Asian Americans and Latinos.

President-elect Joe Biden is naming some of his most prominent allies to be the co-chairs for his upcoming inauguration.

Biden named Rep. James Clyburn as the chair for the Jan. 20 swearing-in. Clyburn, the House majority whip, was arguably Biden’s most important proponent: It was Clyburn’s endorsement that helped swing the South Carolina primary and began Biden’s remarkable comeback in the Democratic field.

The pandemic is expected to keep the inauguration far smaller than previously. 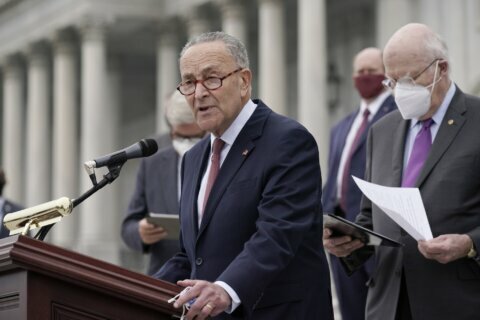 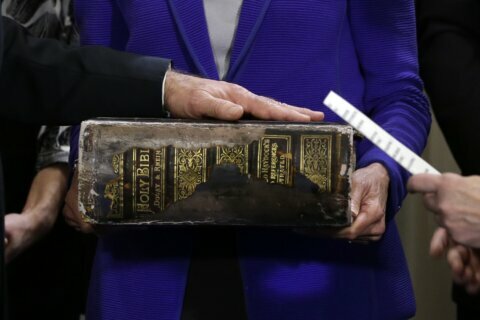 Biden’s Bible puts him in line with inaugural tradition 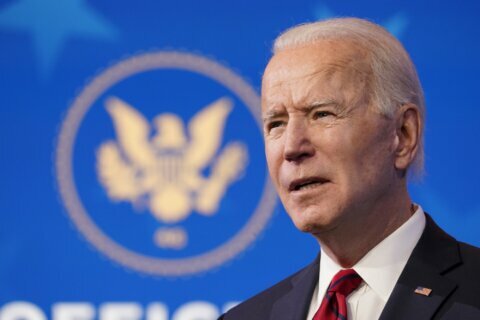 The Latest: Biden calls for remembrance at COVID-19 memorial