WASHINGTON (AP) — The most powerful Republicans in Washington stood firmly behind President Donald Trump and his unsupported claims of voter fraud on Thursday, but new cracks emerged among GOP leaders elsewhere who believe it’s time to treat Democrat Joe Biden like the president-elect he is.

New Hampshire Gov. Chris Sununu, who endorsed Trump’s reelection, became the latest Republican official to say what Trump and his allies refuse to accept. The GOP governor acknowledged that Biden’s lead is getting “bigger and bigger by the day” and Trump’s legal options are dissipating.

“Joe Biden is the president-elect, and I think like most Americans, we suspect he’ll be taking the oath of office in January,” Sununu told reporters, insisting there was no legal fraud in his state, which Biden easily carried.

Separately, and party arguing aside, the state and federal officials and election technology companies that run U.S. elections declared Thursday that the Nov. 3 national election was “ the most secure in American history. ” The Cybersecurity & Infrastructure Security Agency said, “There is no evidence that any voting system deleted or lost votes, changed votes or was in any way compromised.”

In a barely veiled shot at Trump and his supporters, the agency said Americans should have confidence in the results although “we know there are many unfounded claims and opportunities for misinformation about the process of our elections.”

That’s a departure from the overwhelming majority of Republican officials who still refuse to publicly accept Biden’s victory. The resistance is complicating Biden’s effort to lead a smooth transition to the January inauguration, keeping him from the funding and agency resources typically afforded to an incoming administration.

But some Republicans, worried about the national security implications of those hurdles, are beginning to say that Biden should at least have access to intelligence briefings so he has the most complete information about threats facing the country when he takes office.

“I think — especially on classified briefings — the answer is yes,” said the Senate’s most senior Republican, Chuck Grassley of Iowa. That echoed comments by South Carolina Sen. Lindsey Graham and Oklahoma Sen. James Lankford, among other GOP colleagues.

However, Grassley also said he saw no reason for Biden to have fuller transition access, sticking with an approach from the disputed 2000 election that was later blamed as a national security shortcoming in the Sept. 11 terror attacks.

The Republicans willing to break publicly with Trump’s unprecedented effort to undermine the election remain an extremely small minority. Just a handful of the Senate’s 53 and five of the 28 Republican governors had publicly recognized Biden as the president-elect as of Thursday afternoon.

Many Trump allies in Washington see no path to a Trump victory but remain wary of crossing the outgoing Republican president — or his supporters — especially with control of the Senate still uncertain.

Trump turned out a record 72 million voters in the presidential election, which shattered the previous record yet fell 5 million votes short of Biden. Republican leaders believe they need to keep Trump and his base happy and engaged ahead of two upcoming Georgia runoff elections that will determine the Senate majority.

That’s likely why, even in the face of overwhelming evidence of Biden’s victory, senior Republicans continue to support the president’s claims even as he loses a mounting number of legal challenges.

“He’s not president right now, don’t know if he will be Jan. 20, but whoever is will get the information,” McCarthy said of Biden at his weekly press conference.

Biden’s victory is not actually an open question. He’s already cleared the 270 Electoral College votes to clinch the presidency.

The issues Trump’s campaign and its allies have pointed to are typical in every election: problems with signatures, secrecy envelops and postal marks on mail-in ballots, as well as the potential for a small number of ballots miscast or lost. With Biden leading Trump by wide margins in key battleground states, none of those issues would have any impact on the outcome.

Trump’s campaign has also launched legal challenges complaining that its poll watchers were unable to scrutinize the voting process. Many of those challenges have been tossed out by judges, some within hours of their filing; and again, none of the complaints show any evidence that the outcome of the election was impacted.

Privately, Republicans on Capitol Hill signaled they would let Trump spin out his election lawsuits and claims for several weeks until states certify the election results by early December and the Electoral College meets Dec. 14.

But beyond Washington, several high-profile Republicans were not willing to wait that long, particularly as good-government advocates warn that a Trump fight to undermine the election results for selfish reasons could do lasting damage to American democracy.

“I am deeply troubled at the general acceptance of unproven allegations that undermine our electoral system,” Utah’s incoming Gov. Spencer Cox wrote on Twitter, citing the significant number of Democrats who doubted the legitimacy of Trump’s 2016 election victory. “It was wrong then, and it’s wrong now.”

Ohio Gov. Mike DeWine, who endorsed Trump’s reelection, said earlier in the week that Americans should honor the election outcome only after the president’s legal challenges had been exhausted. By Thursday, he had seen enough.

Bush’s successor in the White House, Democrat Barack Obama, said Thursday that he was less troubled by Trump’s expected behavior than “that other Republican officials who clearly know better are going along with this, are humoring him in this fashion.”

“It is one more step in delegitimizing not just the incoming Biden administration, but democracy generally. And that’s a dangerous path,” Obama said in an excerpt from an interview airing Sunday on CBS’ “60 Minutes.”

Biden, meanwhile, continues to shrug off Trump’s refusal to accept the election outcome.

Earlier in the week, the president-elect described Trump’s position as more of an “embarrassing” mark on the outgoing president’s legacy than a genuine hindrance, predicting that Republicans on Capitol Hill would eventually accept reality. The Republican resistance, Biden said, “does not change the dynamic at all in what we’re able to do.” 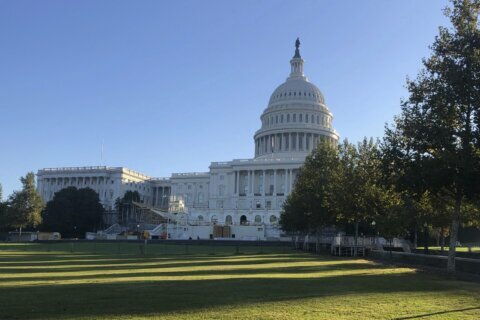 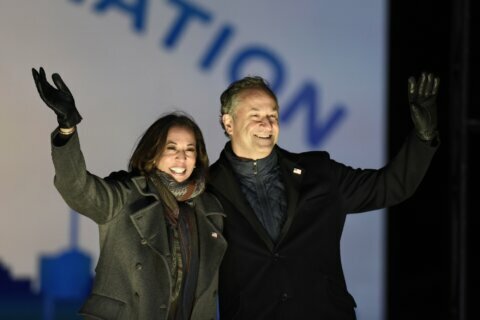