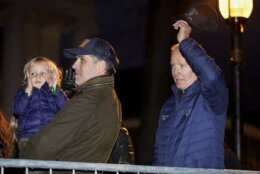 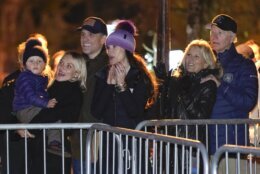 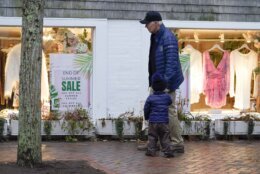 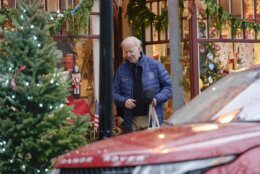 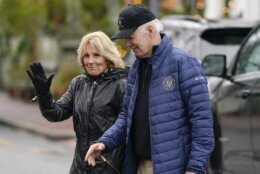 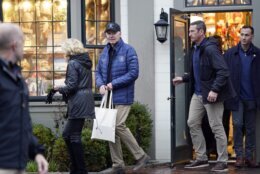 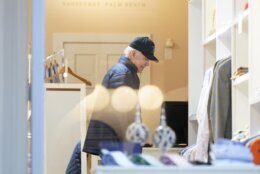 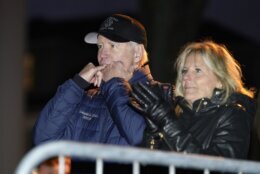 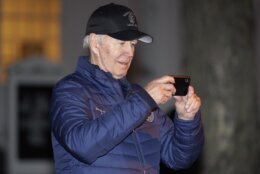 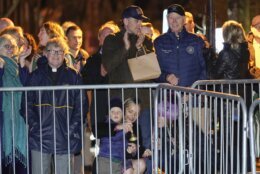 NANTUCKET, Mass. (AP) — The Biden family’s tradition of eating lunch, shopping and watching a Christmas tree lighting in downtown Nantucket on Friday became mostly about keeping the president’s 2-year-old grandson from having a meltdown.

There was President Joe Biden’s daughter, Ashley, dancing and clapping with nephew Beau to “Jingle Bell Rock” to keep him entertained as they waited with the crowd that had gathered for the 48th annual tree lighting ceremony on Main St.

There was Beau perched on the shoulders of his dad, Hunter Biden.

Beau’s grandfather walked with him at various points.

Every member of the family seemed to be doing whatever they could to keep blond-haired Beau, who is named after his late uncle, happy for a few hours until the tree was lit.

The Bidens have a more than 40-year tradition of spending Thanksgiving on Nantucket, an island off the coast of Massachusetts.

The day after, they go out to lunch — this year, they dined at the Brotherhood of Thieves restaurant. Afterward, they hit Nantucket Bookworks, a nearby bookstore. The president emerged carrying his purchases in a reusable tote bag.

They meandered along downtown Nantucket’s cobblestone streets, going into some stores and window shopping at others. The first lady and Ashley had gotten some of their shopping done earlier Friday, so the spree after lunch was mostly for the president.

Biden spent time inside a leather goods store and a pet store, among other businesses. At one point, he looked through the window of a lingerie store but did not go inside.

“We’re thankful for you,” someone yelled to the president.

The tree lighting ceremony went off with a bit of a hitch. The red, green and blue lights on the tree failed to come on following a countdown from 10.

The high school’s a capella chorus came out to sing until the problem was solved and the tree was illuminated, ushering in the Christmas season in Nantucket.