KYIV, Ukraine (AP) — With two teams playing in an empty stadium hundreds of miles away from their hometowns, the Ukrainian soccer league started its new season Tuesday after a poignant ceremony paying tribute to those fighting in the war with Russia.

The opening match at Kyiv’s 65,500-seat Olympic stadium — where spectators were not allowed in — saw two teams from the war-torn east of the country, Shakhtar Donetsk and Metalist 1925, play out a 0-0 draw. The result, though, was always going to be an afterthought.

It was the first top-level soccer match played in the country since Russia’s invasion in February, and the decision to restart the league has been hailed as a defiant sign that Ukrainians are ready to restore some sense of normal life. Although this game felt far from normal.

Ukraine remains under martial law and large public gatherings have been banned in the capital ahead of the Independence Day holiday Wednesday due to fears of potential Russian bombardment.

Police stood guard in front of the turnstiles, where weeds have grown after stadiums were closed six months ago, but no fans showed up to the arena. Three more league games were scheduled for later Tuesday.

“This is work … to show the world that life in Ukraine does not stop but continues,” Shakhtar coach Igor Jovicevic said before the opening game. “Football is something that can move the emotions of the whole country and the people who fight for all of us. So football is essential for us individually, as a team, not only for Shakhtar but also for the entire Ukrainian Premier League. It helps to continue living and shows the world that football goes on.”

Players from the two teams entered the field with blue and yellow Ukrainian national flags draped over their shoulders and observed a minute of silence while the names of Ukrainian cities where people had died in the war were displayed on a large screen.

Players raised a Ukrainian flag at the stadium that once belonged to Danylo Myhal, a Canadian of Ukrainian descent. At the Montreal Olympics in 1976, Myhal ran onto the field carrying the flag during a match between the Soviet Union and East Germany. Wearing an embroidered shirt, he danced a Ukrainian folk dance before being detained.

“(Myhal) always dreamed of bringing his flag to Ukraine and today it’s finally happened,” President Volodymyr Zelenskyy said in a televised address before kickoff. “It’s being raised today at the opening of the Ukrainian soccer championship.” 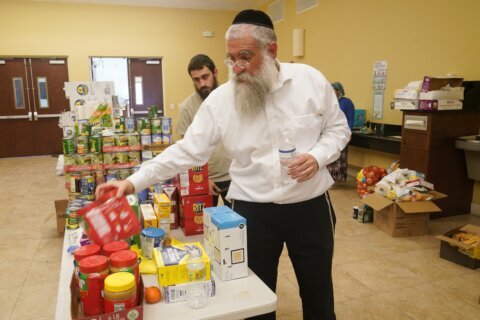 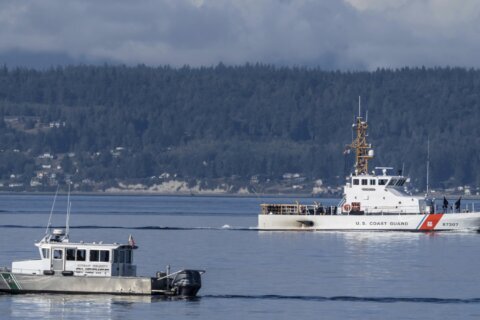