ST. PAUL, Minn. (AP) — As student anxiety skyrockets, campus ministries are trying to help by not only offering the comforts of faith and community, but also creating collaborations with mental health professionals.

“We’re good partners, and routinely refer back and forth,” said Calvin Chin, Princeton University’s director of counseling and psychological services, which a third of students use. “We’re really thinking holistically about how to support a student, what they need to lead successful and satisfying lives.”

On a spring Saturday afternoon close to finals week, Sadaf Shier, the Muslim chaplain at the University of St. Thomas in St. Paul, oversaw a celebration for the end of Ramadan where students of all faiths, or none, did stress-reducing activities like flowerpot painting and henna hand decorating.

Shier and the university’s Protestant pastor, Neil Ellingson, mingled with dozens of students on the lawn outside the Catholic chapel.

Ellingson also saw a direct connection between faith and mental health: Belief in a higher being leads students to feel that “you’re loved by the cosmos and you matter in this big sense.”

But he added the challenge is to broaden ministry’s outreach.

“Students who tend to come through the door are already plugged in. How do you connect with those who aren’t?” he said. “At the time when students need this stuff the most, they’re not seeking it.”

The need is indeed critical. In December, halfway through the first academic year when most colleges returned to in-person instruction, the U.S. surgeon general issued an advisory on the country’s youth mental health crisis. It found everything from sadness to suicide plans increased by more than 40% in the decade before COVID-19 — and that the pandemic’s further impact was “devastating.”

Counselors are seeing distress become more widespread and more severe — particularly anxiety, which overtook stress and depression among students, according to the Association for University and College Counseling Center Directors.

“Our faculty say … students seem much more overwhelmed, to be carrying a lot more anxiety,” especially about coping with demands and social interactions, said Cindy Bruns, director of counseling and licensed psychologist at Central Washington University.

By fostering supportive community events where students can relearn to socialize in real life and not in always-curated social media — a skill often lost in pandemic isolation — campus ministries can have a big impact.

At Yale University, Omer Bajwa, an imam and director of Muslim life, has seen a dramatic increase in attendance at Friday prayers and Ramadan events compared to pre-pandemic times. While he said the class of 2025 has nearly double the usual number of self-identifying Muslim students, he believes attendance is also driven by how relevant chaplains have become.

“We are trained to be good listeners, to ask reflective questions, to engage with people where they are,” Bajwa said.

Across the country at the University of Southern California, home to 50,000 enrolled students, record numbers showed up at spirituality and wellness events — at Shabbat dinners, Buddhist meditations, Catholic Masses and pet therapy sessions.

“We had 250 kids come out to pet two therapy dogs. We normally get 20 kids,” said Varun Soni, dean of religious life. “They were so desperate to be with each other within a context of meaning-making, that suddenly religious and spiritual life boomed in the fall.”

Even before the pandemic, despair seemed to mark Generation Z, whose members were born roughly between 1997 and 2012.

Chaplains and counselors have been teaming up for years, he said, but even though USC bolstered its wellness team by adding 60 new counselors since 2008, appointment wait times remain around three weeks.

Still, chaplains and psychologists are quick to emphasize that one can’t replace the other – especially since demand is so high. By serving as students’ long-term mentors, chaplains can free up counseling to deal with critical care like panic attacks and suicidal thoughts.

The Newman Center at the University of Nebraska, Omaha, offers game nights and dances and also pays for weekly student counseling sessions at its residence hall, which is open to non-Catholics, too.

“We aren’t just an activity center, we want to be a place for people to ask the big questions,” said its director, the Rev. Dan Andrews. “Not to have answers is a root cause of the anxiety they’re experiencing.”

David deBoer, director of counseling at Loyola’s wellness center, sees in that soul-searching the special role of campus ministry.

“Campus ministry can engage students to a more existential level, gets at more profound questions that mental health language has limitations for,” he says. For example, a chaplain can help reconcile the dissonance that traditionally educated Muslim or Catholic students might feel if developing a sexual orientation or gender identity not welcomed by their faith, he added.

Many experts argue that therapy should assess students’ engagement with spirituality as an overall part of their identity. It would help uncover potential coping mechanisms, said David Hodge, professor in the school of social work at Arizona State University.

It also prevents misdiagnosing them — a Catholic student who just received the sacrament of reconciliation might say “I’m OK with dying” but not be suicidal, said Charis Davidson, a professor and public health researcher at Mercy College.

Her studies found that collaborations between campus ministry and counseling are still “definitely the exception” at public universities, but that the current crisis might bring more together.

Also crucial is to broaden the outreach to students reluctant to approach faith leaders. Vanessa Gomez Brake, a secular humanist and the associate dean of religious and spiritual life at USC, said expanding spiritual wellness offerings for religious and nonreligious students alike should become the priority for campus ministry.

This year, for example, she partnered with the counseling center to launch a group for those processing pandemic-related grief.

At the University of Wisconsin, Madison, the Catholic student center tried to keep as many community programs going as possible even during the pandemic’s darkest moments, said its director, the Rev. Eric Nielsen.

“I had an atheist come in who wanted to just hang out,” he recalled, adding the student said it helped him feel a bit less depressed.

At the recent Eid celebration at the University of St. Thomas, three students worked the table offering glitter, decals and ribbons to decorate mason jars and hijabs. Salma Nadir, a graduating senior and secretary of the Muslim Student Association, said Shier, the chaplain, “saved us so many times” with events like this that foster a welcoming community.

“It’s been good for my stress, to be able to talk with new people,” first-year student Arianna Norals agreed. 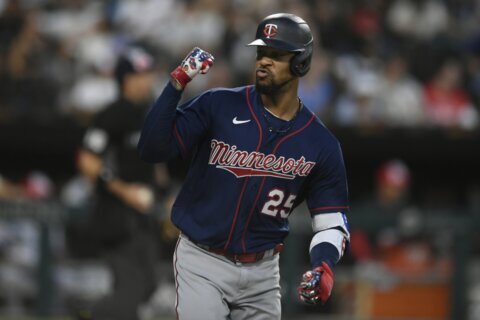 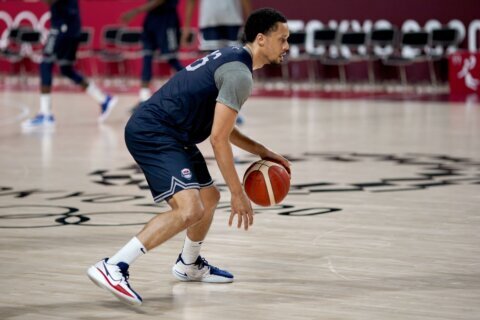 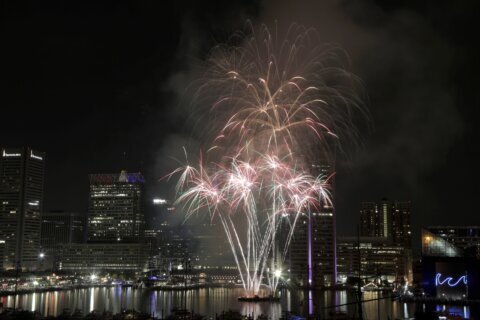