CHICAGO (AP) — An Illinois law aimed at ending federal immigration detention in the New Year has hit another legal snag, delaying a change immigrant rights activists had celebrated as historic.

Local governments in Illinois cannot enter into new federal agreements allowing jails to house immigrant detainees and must end old ones in 2022 under the law signed in August by Gov. J.B. Pritzker. Other states including Maryland and New Jersey have enacted similar laws.

Three Illinois counties with such federal agreements faced a Jan. 1 deadline to end contracts. While one in downstate Illinois complied last year, two others are involved in a federal lawsuit challenging the law. The case was dismissed last month, but a federal judge on Thursday granted an extension while an appeal is considered. Authorities in McHenry and Kankakee counties now have until Jan. 13.

Immigrant rights activists have celebrated the law for months, saying incarcerating people awaiting immigration proceedings is inhumane and costly. But others, including authorities in McHenry and Kankakee counties, argue they’ll lose revenue and that ending contracts creates new complications such as moving detainees away from family.

“This decision will have absolutely no impact on these detainees being released,” Kankakee County Sheriff Mike Downey said in a statement after the lawsuit’s dismissal. “In fact, they will undoubtedly be transferred to other states, all the while forcing families of these detainees to travel much farther to visit their loved ones, all due to typical partisan Illinois politics in Springfield.”

In far southern Illinois, the Pulaski County Detention Center cleared out immigrant detainees during Labor Day weekend. Most of the roughly 50 detainees were transferred to either the two other Illinois facilities or Kansas.

“I was very happy. I was even crying. I felt like this was a miracle,” said Angel, an immigrant from Honduras who declined to give his last name out of concern for his pending immigration case. The father of four said he left Honduras to escape gang violence.

He was detained for about a month after police found him asleep in a parked car after he had been drinking. He was turned over to immigration authorities. After his release from Pulaski during the Labor Day weekend, he was reunited with family in Indiana, according to Diana Rashid, an attorney with the Chicago-based National Immigrant Justice Center.

Leaders in McHenry and Kankakee counties sued in September over the Illinois law, calling it overreach. Together both counties have the capacity for nearly 400 detainees, though each one currently has far fewer, largely due to the coronavirus pandemic.

Prior to Thursday’s stay, McHenry, which currently houses about 65 detainees, had planned to notify ICE on Jan. 1 that it would wind down its month-to-month contract and transfer or release detainees within 30 days, or by January’s end, according to Peter Austin, county administrator. After the stay, McHenry county officials said they plan to do so after the extension, which means detainees would be released or transferred next month.

The contract brings in roughly $10 million annually, a significant source of money and jobs for the northern Illinois county along the Wisconsin border with a roughly $200 million annual budget. The county jail has housed immigrant detainees since 2003.

Kankakee County, which has a similar contract and has detained immigrants at the Jerome Combs Detention Center since 2016, was also anticipating a revenue loss. The jail is roughly 65 miles from Chicago. In a December statement, Kankakee County Board Chairman Andy Wheeler said the county would appeal “as far as we can, up to and including the U.S. Supreme Court.”

Meanwhile, a county jail in neighboring Indiana was preparing to potentially house additional detainees transferred from Illinois. The state barred private detention in 2019 following failed attempts to build a new facility near Chicago.

Immigrant rights advocates, who said the delay was only temporary, planned to argue for the release of detainees versus transfers, which could move them farther from legal help. But they continued to praise the Illinois law, saying incarceration is destabilizing to families.

Johannes Favi, 34, was released from Kankakee County in 2020 following health concerns about COVID-19. He praised the new law, saying there was always fear of being transferred somewhere far away even before the law.

The father of three overstayed a 2013 visitor visa from Benin and was in the process of applying for a green card, but while pleading guilty at a hearing related to a 2015 financial crime, immigration agents took him into custody.

He has been reunited with his family in Indianapolis and become an advocate for other detainees.

“You are being traumatized from the minute you are being arrested,” he said. “People who have not committed a crime should be released back to their families.” 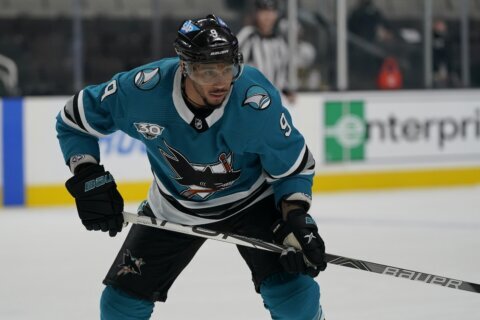 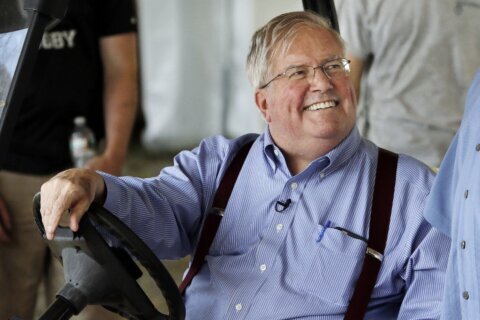 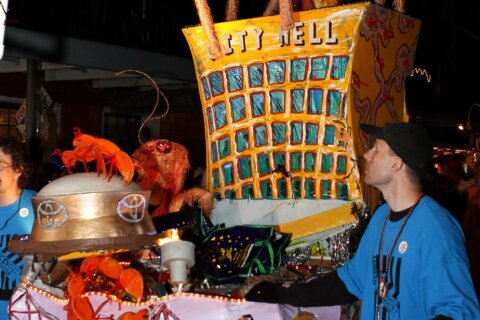