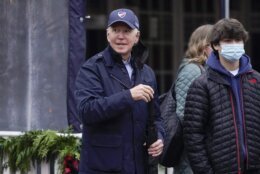 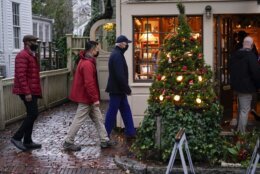 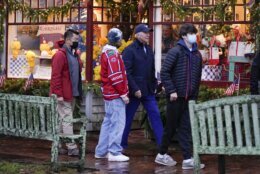 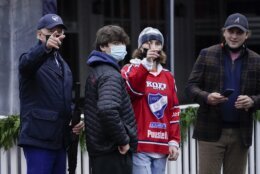 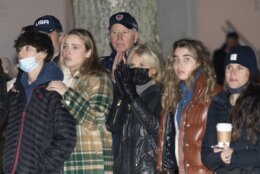 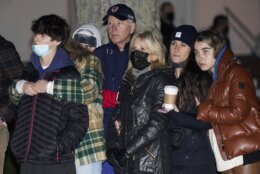 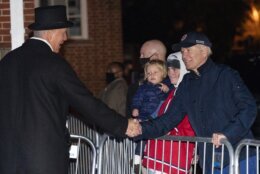 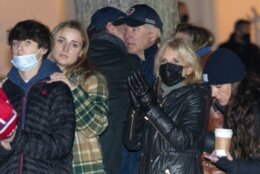 He was accompanied by some of his grandchildren. Biden and his entire family are spending the Thanksgiving holiday on the Massachusetts island, renting a sprawling compound that belongs to his friend and billionaire philanthropist David Rubenstein.

“Hey, Joe,” “We love you, Joe,” some people shouted as Biden passed by on a cold and rainy day. One man was heard telling the 79-year-old president that he looked younger in person.

It’s those kinds of interactions with everyday people that Biden, a back-slapping politician for nearly five decades, absolutely relishes but hasn’t done as much because of COVID-19.

Biden set off on the walk after speaking to reporters about a new COVID-19 variant that is circulating in South Africa, and about his decision Friday to have the U.S. join other countries in restricting travel from southern Africa, effective Monday.

The president opened Friday by going to a restaurant for lunch with his wife, Jill, children Hunter and Ashley, and their grandchildren. It’s a post-Thanksgiving Day family tradition. They then browsed at a nearby bookstore before Biden went off on the stroll.

He stopped in at a leather goods store and several clothing, gift and home goods stores before the family reunited to participate in another one of their traditions: attending Nantucket’s annual Christmas tree lighting ceremony.

Biden’s stroll around downtown was reminiscent of a period during Barack Obama’s presidency when he rebelled against the limits that come with occupying the Oval Office. Modern presidents generally do not get around on foot.

“The bear is loose!” Obama declared one day in 2014 after he left the White House on foot, instead of in a motorcade, and walked over to the Interior Department, startling ordinary people on the streets of downtown Washington.

Biden did not make a similar declaration.

How to crush your holiday debt