CHICAGO (AP) — Beaches in Chicago were washed out by high waves Friday on the first day the city was to reopen Lake Michigan to swimming since summer 2019.

Waves reached up to 11 feet (3.35 meters) high, closing many of the beaches that had been set to open for the first time since Sept. 2, 2019. A “beach hazards” alert from the National Weather Service forecast “life-threatening” swimming conditions through Saturday, when waves would lessen to 8 feet (2.44 meters).

Chicago’s beach season typically runs from Memorial Day weekend through Labor Day weekend, but the city had kept its 22 Lake Michigan beaches closed last summer as part of its COVID-19 precautions. Mayor Lori Lightfoot had announced Wednesday that the city would reopen all beach amenities, including concessions.

But the weather service on Friday was telling people to stay away from the shoreline. The city also city shut down parts of its lakefront biking and pedestrian trail.

Navy Pier, a major Chicago tourist attraction on Lake Michigan, was moving ahead with is full reopening, according to a spokesperson. It had been closed since last Labor Day before it began a phased-in reopening on April 30.

High winds off the lake caused a tree to fall on two cars traveling along Lake Shore Drive, according to Larry Merritt, a Chicago Fire Department spokesman. A man who was in one of the cars, one of which was left mangled, was taken to Advocate Illinois Masonic Medical Center in good condition, Merritt said. It was not clear what kind of injuries he had. 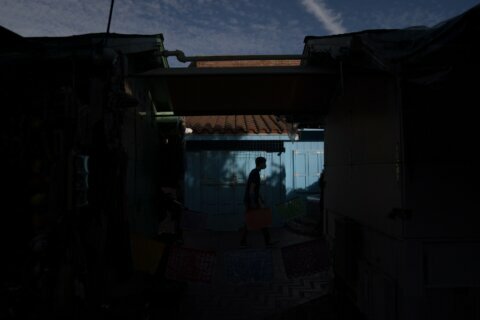