BISMARCK, N.D. (AP) — North Dakota’s Republican-led Legislature passed a bipartisan bill Tuesday to recognize Juneteenth as a ceremonial holiday in the state — one of just three that does not observe it in some way.

West Fargo GOP Rep. Austen Schauer, who carried the bill on the House floor, said the recognition of Juneteenth “is a step of good will toward becoming a nation of respect to each other.”

Juneteenth — also known as Emancipation Day and Freedom Day — commemorates when the last enslaved African Americans learned they were free in 1865 in Galveston, Texas, where Union soldiers brought them the news two years after the Emancipation Proclamation.

Although the North Dakota legislation would make June 19 a state-recognized holiday, it would not be an official paid holiday for state employees — something backers said likely would have hindered the bill’s passage.

The House passed the bill 70-22 on Tuesday. The Senate endorsed the measure 44-3 in February. The legislation now heads to GOP Gov. Doug Burgum, who is expected to sign it.

South Dakota and Hawaii are the only other states that don’t have some sort of official observance of Juneteenth. South Dakota’s GOP-controlled House killed a bill in March to legally recognize the holiday.

Burgum and South Dakota GOP Gov. Kristi Noem both recognized June 19 in proclamations last year to commemorate the day, but for 2020 only.

Martin Luther King Day was added as an official North Dakota holiday in 1991. From 1987 until the adoption of the 1991 legislation, the third Monday in January was “designated” as MLK day, but it was not an official holiday.

None of the Legislature’s 141 members are Black. According census data, North Dakota’s African American population has more than tripled since 2010 to 25,000 but still makes up only about 3% of the overall population. 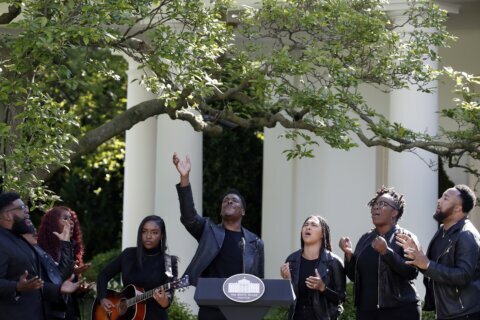