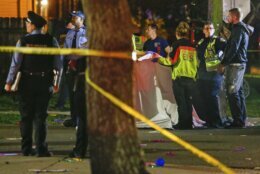 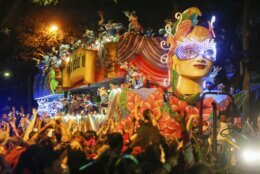 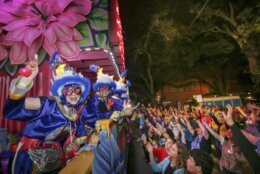 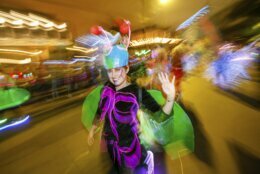 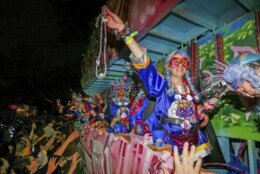 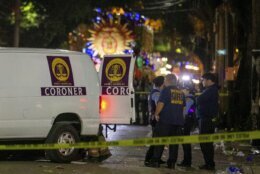 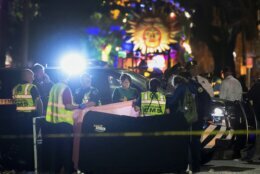 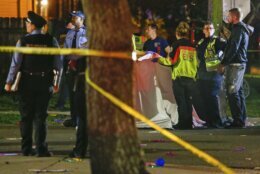 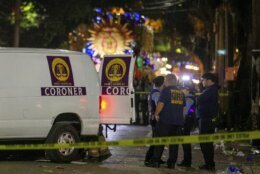 NEW ORLEANS (AP) — New Orleans is mourning the death of a woman who was run over by a parade float as the city celebrates the season leading up to Mardi Gras. Police are still investigating the accident, spokesman Juan Barnes said Thursday.

The Orleans Parish Coroner’s Office identified her Thursday as Geraldine Carmouche, 58, of New Orleans. She was related to two members of the parade group, said a statement released Thursday through a public relations firm.

“We are devastated over the tragic event last night that resulted in the death of a relative of two Nyx sisters,” said the statement from Krewe of Nyx captain Julia Lea.

Carmouche apparently tried to cross between two parts of a tandem float, tripped over a hitch connecting the sections and was run over, witnesses told news outlets.

It happened Wednesday night during the parade of the Mystic Krewe of Nyx, an all-female Carnival group that was “established to unite women of diverse backgrounds for fun, friendship, and the merriment of the Mardi Gras season,” according to its website.

“On such a joyous night, this is obviously a tragic occurrence,” Lea said in a statement Wednesday.

The parade was ended early, and the rest of the floats were diverted off the parade route. That was the “proper thing to do,” New Orleans Mayor LaToya Cantrell told reporters near the scene.

The parade group supported the city’s decision, “made during a unique and tragic set of circumstances,” said a statement released earlier Thursday.

People left flowers, beads, candles and other items in an impromptu memorial Thursday at a corner near the accident site, The Times-Picayune / The New Orleans Advocate reported.

Mardi Gras is Feb. 25, but the Fat Tuesday celebration is preceded by a week or more of parades and parties each year.

The death comes one year after a car sped into a bicycle lane near a parade route, hitting nine people and killing two bicyclists. Sharree Walls, 27, of New Orleans and David Hynes, 31, of Seattle, died not far from where the Krewe of Endymion parade had just passed. A man identified as the driver — Tashonty Toney, 32 — was charged with two counts of vehicular homicide.

Before Wednesday night’s accident, the most recent Carnival float-related fatality happened in 2009, when a 23-year-old rider fell from a float and in front of its wheels in Carencro, about 120 miles (195 kilometers) west of New Orleans.

In 2008, a rider getting off a three-part float after the Krewe of Endymion parade in New Orleans was killed when the float lurched forward and the third section ran over him, police said. And in Marksville, about 75 miles (120 kilometers) north of Baton Rouge, a 16-year-old standing between a pickup truck and the float it was towing died when the truck started moving after a brief stop, state police said.

An 11-year-old boy trying to grab a trinket under a slowly moving float in 1986 was crushed by the big rig’s wheels in suburban New Orleans, and a man who tried to leap onto a float in New Orleans apparently lost his grip and fell under it.

In 1981, an 8-year-old boy died when a surging crowd toppled the ladder on which he was sitting, throwing him behind the cab of a flatbed trailer on which a parade float had been built. That same year, a 2-year-old girl died under a Zulu float. Police said she had darted out to get a necklace. A lawsuit filed by her parents said she was knocked from her father’s grasp and under the wheels of a float which then lurched forward.

Partygoer at Missouri’s Lake of Ozarks positive for COVID-19