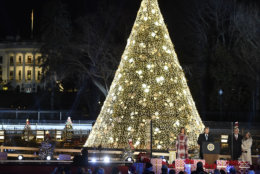 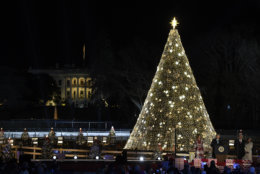 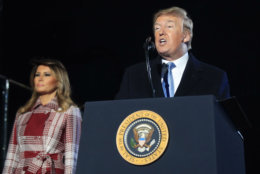 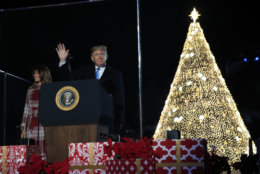 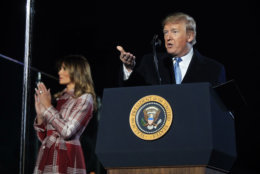 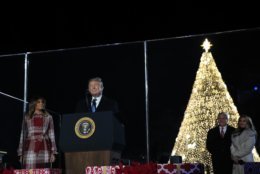 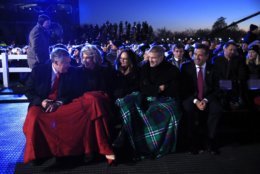 The lighthearted honor for presidents, going back to Calvin Coolidge, came on an otherwise difficult day in Trump’s presidency.

The 30-foot (9-meter) tree is decorated with 50,000 lights and 450 giant white star ornaments. The National Park Service planted the tree in President’s Park, just south of the White House, in late October.

The previous tree, a Colorado blue spruce from Virginia, was planted in 2012, but it was damaged last year when a man tried to climb it.

It’s the 97th straight year that the sitting president has participated in the lighting ceremony.

The first tree lighting took place on Christmas Eve in 1923, when Coolidge lit a 48-foot (15-meter) balsam fir in front of 3,000 spectators.

The tree is surrounded by 56 smaller trees featuring ornaments from every state and territory and the District of Columbia. 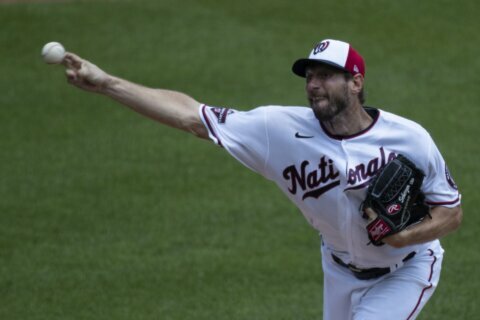 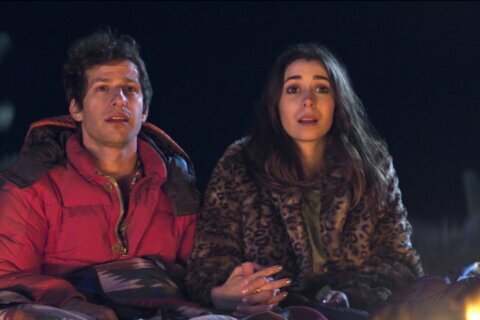 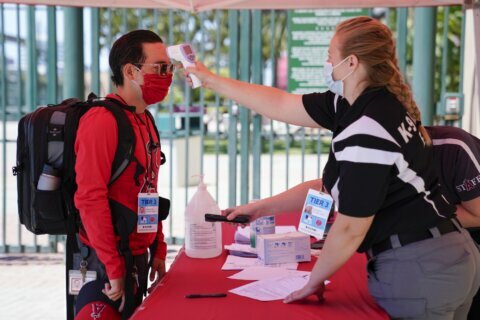