FORT LAUDERDALE, Fla. (AP) — An administrator for a Florida school district has been suspended for seven days because she…

FORT LAUDERDALE, Fla. (AP) — An administrator for a Florida school district has been suspended for seven days because she showed up for work on Halloween dressed as a flasher.

The Broward School Board decided at a meeting Tuesday that Mary Coker’s decision to wear the costume didn’t warrant a demotion from her position as director of procurement and warehouse services. Superintendent Robert Runcie had recommended demoting Coker from her $154,286-a-year job, which would have meant a nearly $44,000 pay cut.

Coker, 46, apologized to the School Board for being at work on Halloween in a controversial costume, the Sun Sentinel reported.

A complaint filed with the school district said Coker showed up at a school for adult students and at an administrative office party wearing a costume of “only a black coat and hat, with a tight fabric underneath which replicated a naked female body.”

During the party, “Coker inappropriately ‘flashed’ children, staff and colleagues,” according to the complaint. Employees were offended and some said they couldn’t tell if the costume was fake or she was really naked under the coat.

After flashing party goers, Coker said, “Hey everybody, relax, please erase the pictures,” according to the complaint.

Runcie alleged a wide range of offenses, including indecent exposure, lewd and lascivious behavior, incompetence, willful neglect of duty and failure to comply with school board policy.

School Board members said they were alarmed by the costume, but also concerned by what they saw as a rushed investigation. Board members said the district didn’t follow its normal policy of progressive discipline, which usually involves reprimanding or suspending an employee after their first infraction, especially if it’s non-criminal. There was no prior discipline listed in Coker’s personnel file.

No charges for shooter who killed man at Christmas party 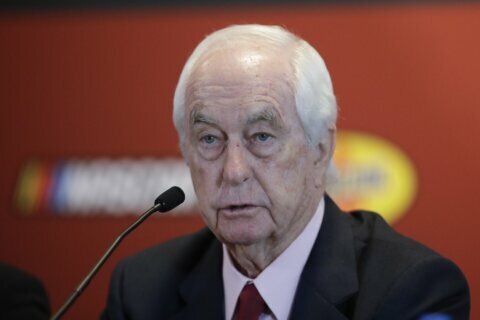